In an insider’s assessment of President Barack Obama’s (Columbia College 1983) foreign policy legacy, Derek Chollet, adjunct senior research scholar at Columbia’s Arnold A. Saltzman Institute of War and Peace Studies, argues that Obama has profoundly altered the course of American foreign policy for the better and positioned the United States to lead in the future. He combines a deep sense of history with new details and insight into how the Obama administration approached the most difficult global challenges. Chollet, who served at the White House, State Department and Pentagon during the Obama years, takes readers behind the scenes of: the wars in Iraq and Afghanistan, the rise of ISIS, a belligerent Russia and more. 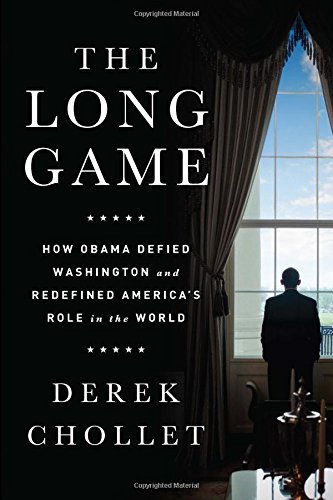