Homeward: Life in the Year After Prison

More than 600,000 people are released from federal or state prison each year, with many returning to chaotic living environments rife with violence. Drawing from more than 100 in-depth interviews, Bruce Western, the Bryce Professor of Sociology and Social Justice, demonstrates how poverty, racial inequality, and failures of social support trap many in a cycle of vulnerability despite their efforts to rejoin society. In the first year after prison, most could not afford their own housing. Many struggled with chronic pain, mental illnesses, or addiction, and most were unemployed. Western advocates increased assistance in the first year after prison, including guaranteed housing and health care, drug treatment, and transitional employment. 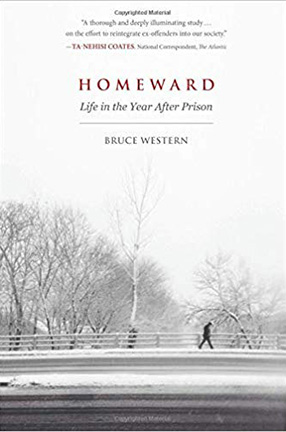