Paths to Prison: On the Architectures of Carcerality

As Angela Y. Davis has proposed, the “path to prison,” which so disproportionately affects communities of color, is most acutely guided by the conditions of daily life. Architecture, then, as fundamental to shaping these conditions of civil existence, must be interrogated for its involvement along this diffuse and mobile path. Paths to Prison: On the Architectures of Carcerality aims to expand the ways the built environment’s relationship to and participation in the carceral state is understood in architecture. The collected essays in this book implicate architecture in the more longstanding and pervasive legacies of racialized coercion in the United States—and follow the premise that to understand how the prison enacts its violence in the present one must shift the epistemological frame elsewhere: to places, discourses, and narratives assumed to be outside of the sphere of incarceration.

Paths to Prison: On the Architectures of Carcerality offers not a fixed or inexorable account of how things are but rather a set of starting points and methodologies for reevaluating the architecture of carceral society and for undoing it altogether.

Read a Columbia News interview with Isabelle Kirkham-Lewitt about Paths to Prison. 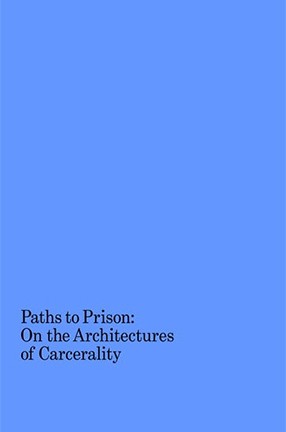