When Mark Lipovestky, a leading scholar of Soviet and post-Soviet culture, joined Columbia’s Slavic Department from the University of Colorado, Boulder in 2019, he had an ambitious dream: to create a center for contemporary Russian culture at Columbia’s Harriman Institute—the oldest academic institution in the U.S. dedicated to the study of Russia, Eurasia and Eastern Europe. Since his arrival, Lipovetsky has been paving the way for that dream by organizing a number of high-profile Russian cultural events on campus. A case in point is the Super-NOS Russian Literary Festival, co-hosted by Barnard College, the Harriman Institute and the Mikhail Prokhorov Charitable Foundation, which was held this month.

The NOS Literary Prize (NOS is an acronym for “new prose” and an allusion to Nikolai Gogol’s satirical short story, The Nose) was established by the Prokhorov Foundation in 2009, on the 200th anniversary of Gogol’s birth, to “modernize the very genre of literary prizes.” What makes the NOS Prize especially interesting is the selection process—a  public debate between a jury and a panel of experts that culminates in a vote—and the fact that the entries, which must be written in Russian, are submitted by writers all over the world.  In Russia, the debate is a huge event that draws some of the country’s most prominent intellectuals.

This February, some of these intellectuals, including the journalist and political activist Anna Narinskaya and Radio Liberty’s Alexander Genis, recreated the NOS selection process on campus with the Super-NOS Literary Prize Debate. The critic and publisher Irina Prokhorova, who co-founded the Mikhail Prokhorov Fund and the NOS Prize, moderated the event with Lipovetsky.

Lipovetsky sees events like Super-NOS as a way to introduce contemporary Russian-language literature to a new audience. “It’s a bridge to an entirely new world of books,” he said.

Harriman Director Alexander Cooley is also excited about the possibilities. “At the Harriman Institute, we increasingly view our Russian and Eurasian communities in New York both as our extended family and partners for research, engagement and debate,” he said. “Holding Super-NOS in New York captures the potential for these new transnational connections.”

Prokhorova opened the festival with a discussion about Russians’ tendency to idealize both the Russian and the Soviet empires, and said that contemporary Russian literature’s biggest challenge is to present the Russian people with an image more powerful than empire. 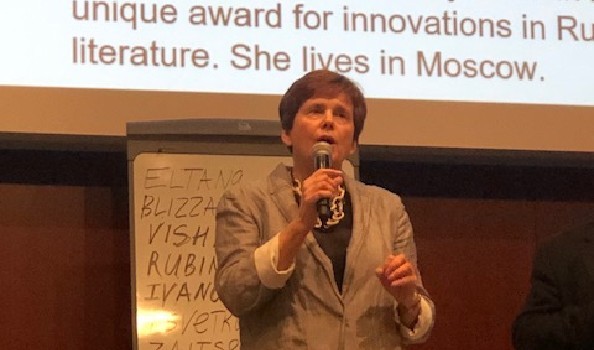 Irina Prokhorova, co-founder of the Mikhail Prokhorov Fund and the NOS Prize. 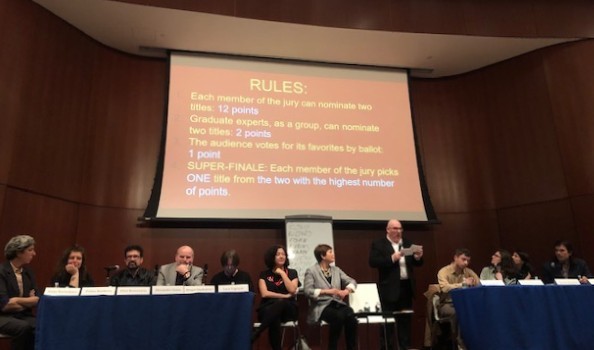 Jurors listen as Mark Lipovetsky reads the rules of Super-NOS. 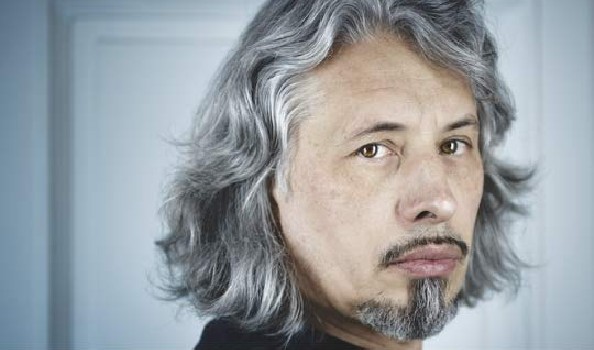 On the second day of the festival, Narinskaya gave a talk at Barnard on the compromises Russian intellectuals have to make because of political repression. The previous day, on the Super-NOS stage, she’d emphasized the lack of transparent debate in Russian political life. Because of this, she said, “you cannot overstate the importance of a debate like this.”

After a heated debate between six jurors and a panel of four graduate student experts, the Super-NOS jury broke the tie between Maria Stepanova’s In Memory of Memory and Vladimir Sorokin’s Blizzard, selecting Sorokin as the ultimate winner.

Graduate student expert Max Lawton, a doctoral candidate at Columbia, has followed the NOS Prize for many years. He said that serving on the panel felt surreal. “It’s a really important award for Russian culture, for new literature, and it’s a very awesome opportunity to help shape that culture even though we’re students of it.”

12 Groundbreaking Asian Columbians You Should Know

What We Learned About Vaccine Hesitancy and How to Overcome It

The Creation of 'Black Futures'