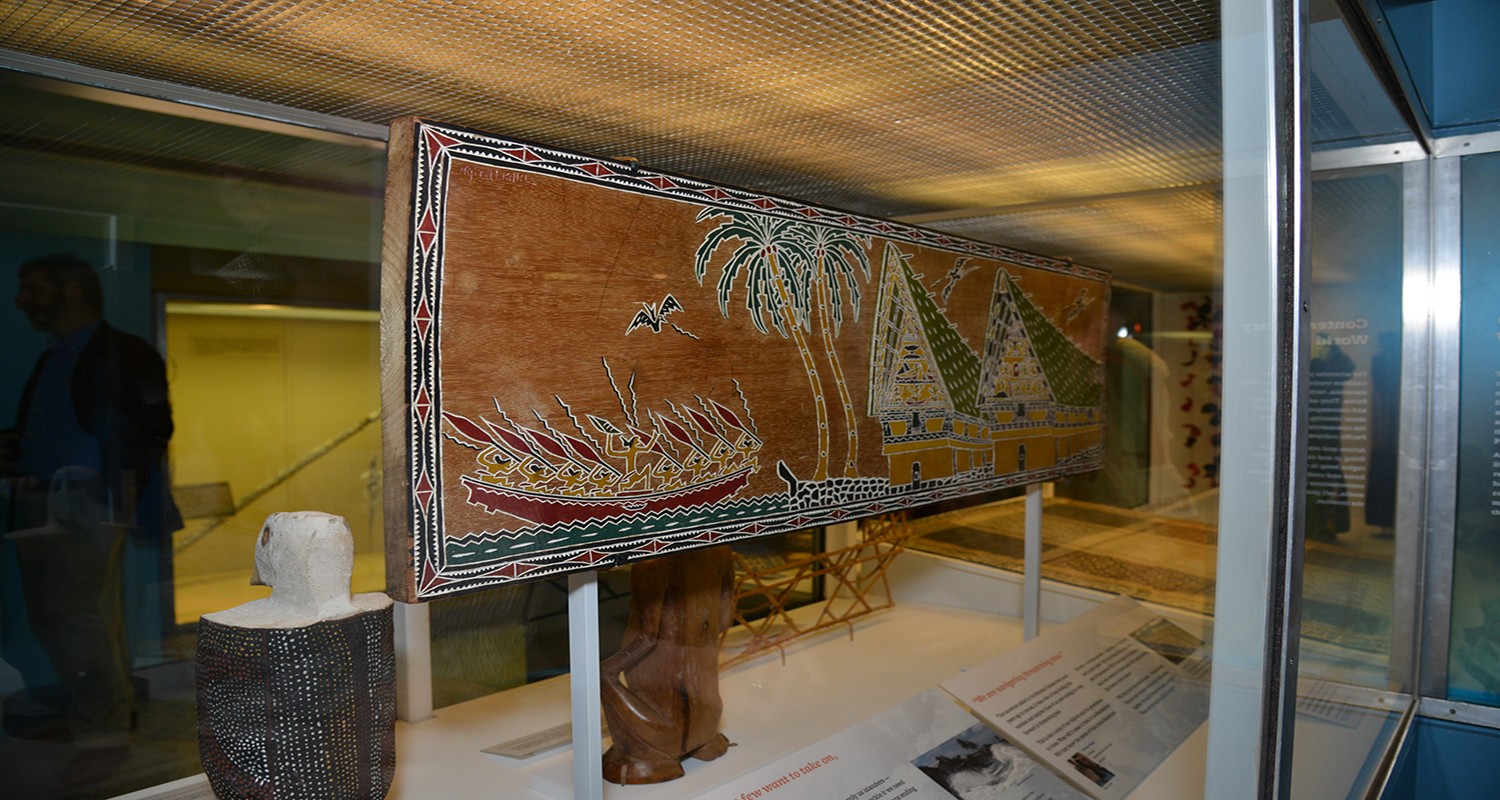 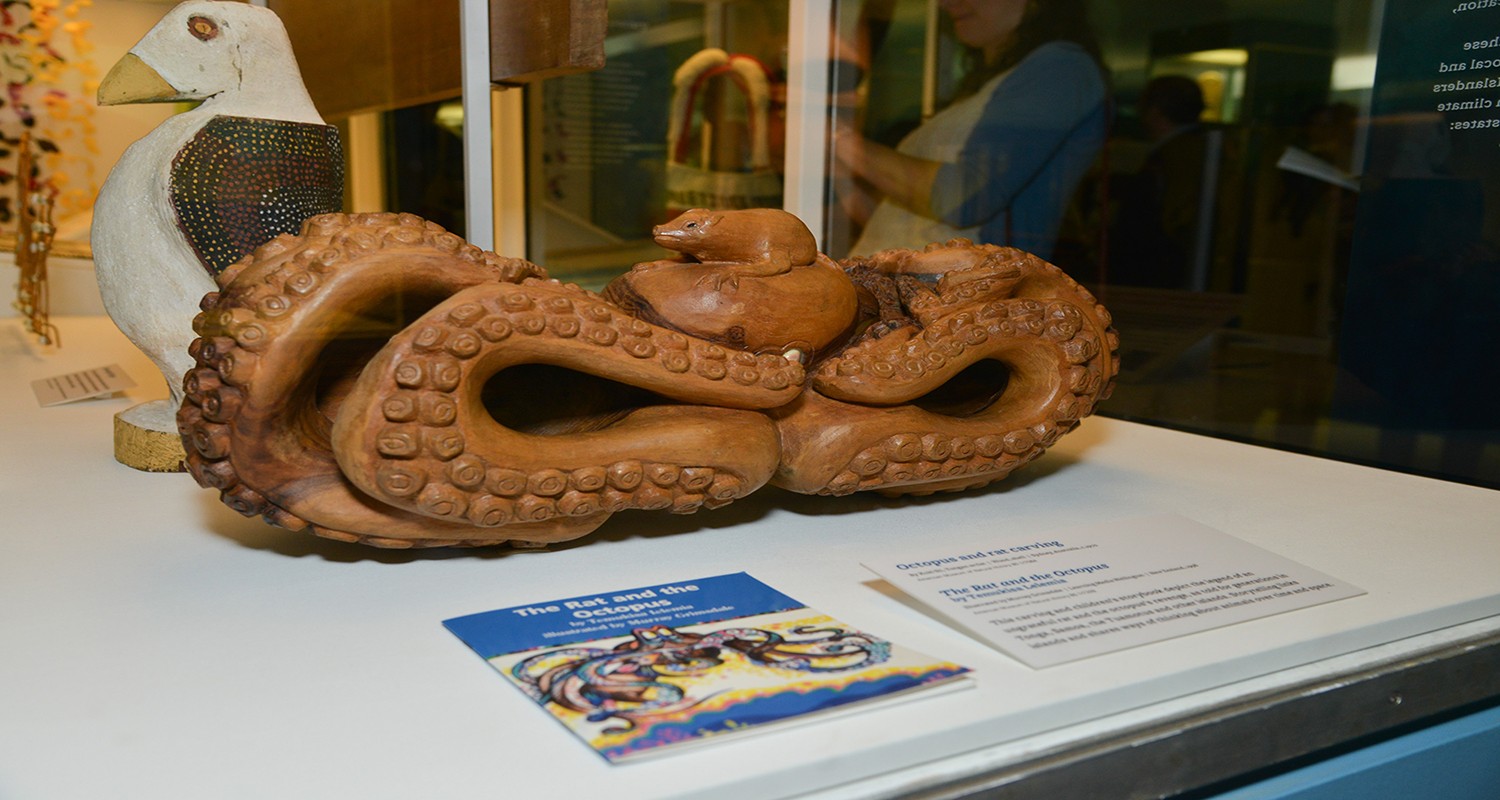 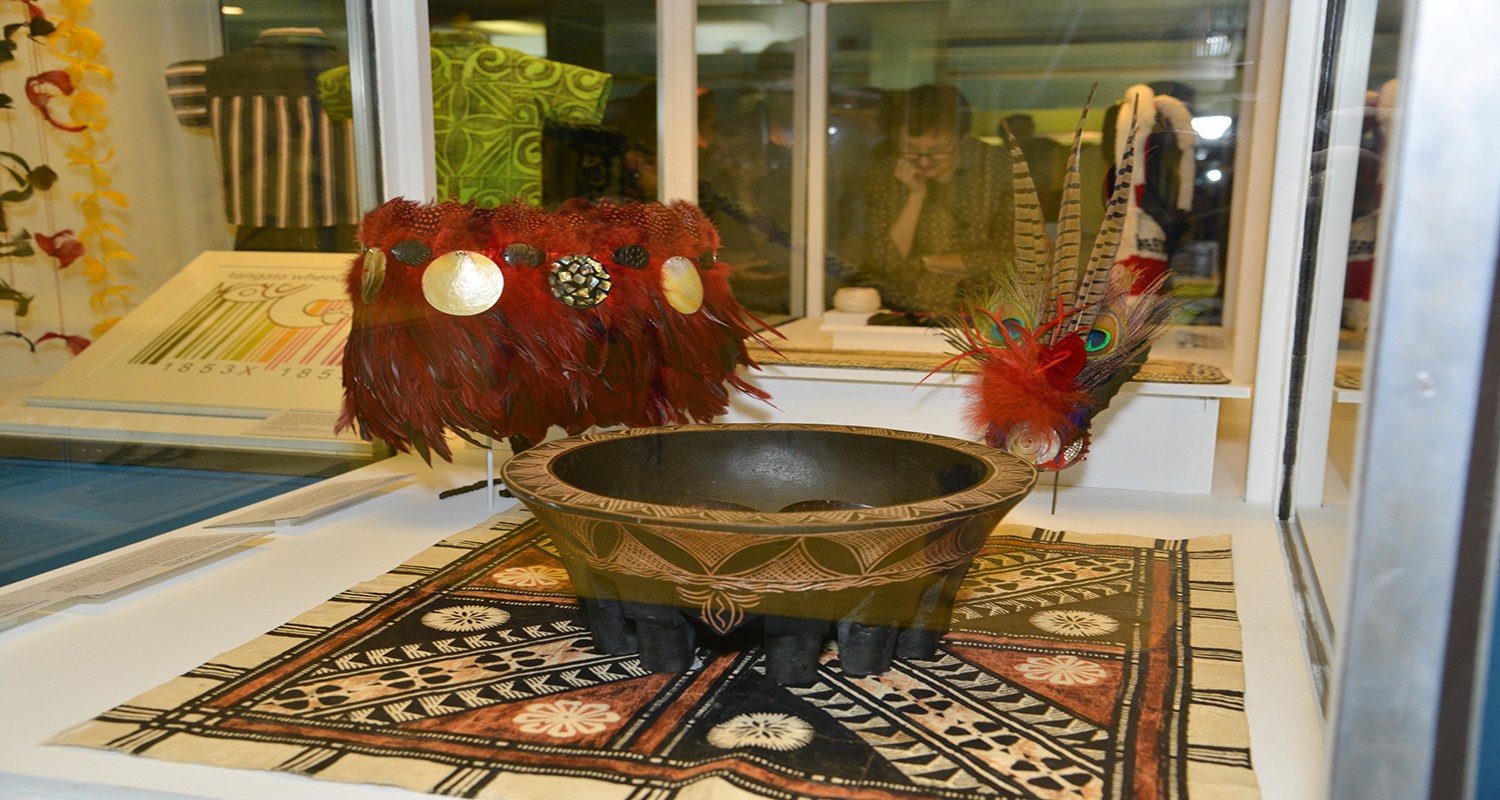 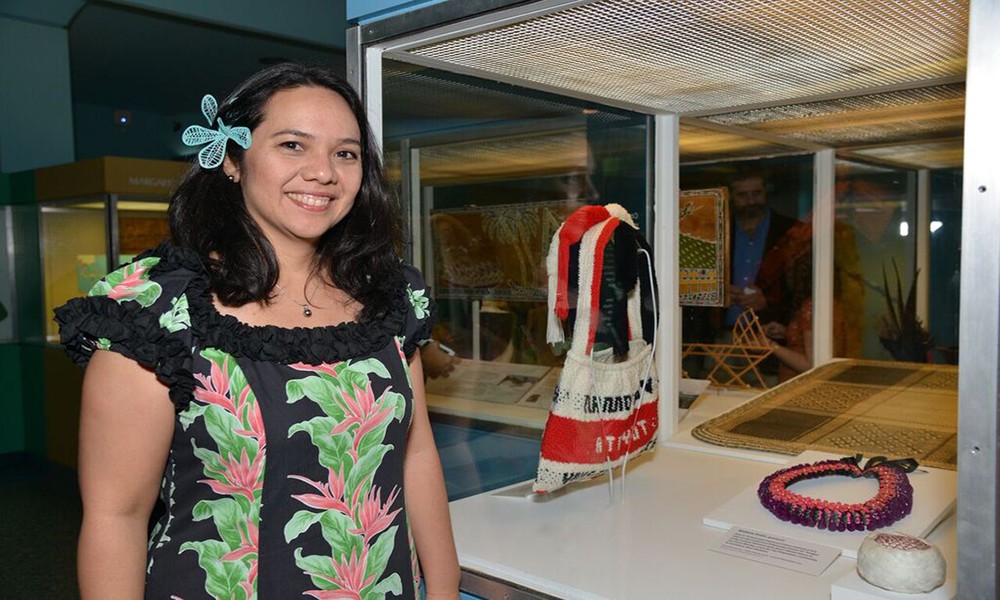 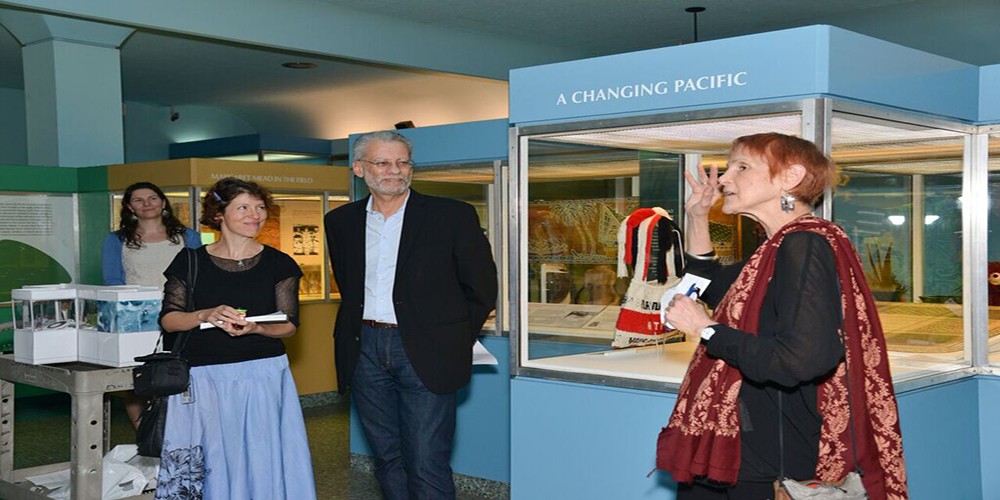 Columbia anthropology students have a new way to showcase their talents. Literally.

The American Museum of Natural History and Columbia’s Museum Anthropology graduate program have collaborated for the first time on an exhibit case researched and designed by the students. The result is just the latest step in the decades-long partnership between the University and the museum: a public exhibition case in a permanent hall at the museum.

“It is a win-win for both institutions,” said David Harvey, the natural history museum’s senior vice president for exhibition. “The museum gets a great exhibit case, while the students are exposed to the role of curators, exhibition designers, collection managers, and conservation professionals through a reallife project. This complements all their academic work and prepares them for their careers.”

Columbia and the museum jointly offer a one-year master’s degree in museum anthropology. Columbia faculty teach the first semester, and museum staff members teach the second at the museum itself. This year’s instructors at the museum were Harvey, curator Laurel Kendall (GSAS’76,’77,’79), and assistant curator Jenny Newell.

In the past, the students have shown their work in the glass exhibit cases inside Low Library Rotunda. Going forward, each year’s set of Columbia students hope to create a new exhibit case of their own among the museum’s many permanent anthropology exhibit halls.

This first exhibit case is, fittingly, in a hall named after Margaret Mead (GSAS 1924, 1928), herself an American Natural History Museum curator and a leading cultural anthropologist of the 20th century, who taught at Columbia off and on from 1934 to 1978.

The hall is devoted to Pacific Islands history and culture, which is an area that was the focus of much of her research. Newell said, “I’m really proud because it is a chance for us to reflect some of the creativity and vivacity of Pacific Island cultures. In particular, it shows their capacity to deal with challenges that they are confronting, such as climate change and globalization.”

The students consulted with New York-based Pacific Islanders, who donated some items to the exhibit. Harvey said the students engaged in a discussion about which pieces would work together, what would be a good fit in a case of this size, and how the objects would be distributed according to themes within the structure of the case.

Students did research, chose objects and drafted label copy. Anthropological items on display include a feathered belt, a carved spirit figure, and a navigation chart made of wood shells, string and paper.

The exhibition case, which is the culmination of the master’s program, deepens the longstanding relationship that Columbia has had with the American Museum of Natural History. It dates back to pioneering anthropologist Franz Boas, a curator at the museum who became Columbia's first anthropology professor in 1899, a position he held for 37 years.

“Boas initially shaped the way museum anthropology was done in the 20th century” said Brian Boyd, director of the Museum Anthropology program. “He would surely be fascinated to know that current Columbia museum anthropology students are still dealing critically with his legacy in the 21st.”

Columbia Adjunct Professor of Anthropology Nan A. Rothschild, who started the Museum Anthropology master’s program about 15 years ago, said, “The exhibition project is important, because it’s something you cannot easily teach in a classroom.”