The Crisis of Expertise

In recent political debates there has been a significant change in the valence of the word “experts” from a superlative to a near pejorative, typically accompanied by a recitation of experts’ many failures and misdeeds. In topics as varied as Brexit, climate change, and vaccinations there is a palpable mistrust of experts and a tendency to dismiss their advice. Are we witnessing, therefore, the “death of expertise,” or is the handwringing about an “assault on science” merely the hysterical reaction of threatened elites?

In this new book, Gil Eyal argues that what needs to be explained is not a one-sided “mistrust of experts” but the two-headed pushmi-pullyu of unprecedented reliance on science and expertise, on the one hand, coupled with increased skepticism and dismissal of scientific findings and expert opinion, on the other. The current mistrust of experts is best understood as one more spiral in an on-going, recursive crisis of legitimacy. The “scientization of politics,” of which critics warned in the 1960s, has brought about a politicization of science, and the two processes reinforce one another in an unstable, crisis-prone mixture.

This timely book will be of great interest to students and scholars in the social sciences and to anyone concerned about the political uses of, and attacks on, scientific knowledge and expertise. 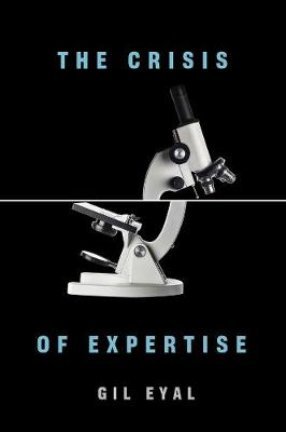 Social Sciences
Politics
Back to Top