Field Light, written as an extended, multi-sectioned poem that moves in and out of prose, is a personal and historical exploration of the Berkshires through poetry and prose. Physician-poet Owen Lewis becomes a figure in his own epic as he learns to see himself and the abounding history that lives in the towns of western Massachusetts. From the writers Hawthorne, Melville, nearby Stanley Kunitz, Chris Gilbert and others, to artists Daniel Chester French, his daughter Peggy Cresson and Norman Rockwell, from the young lawyer Theodor Sedgwick who undertook a trial in 1781 to free Elizabeth Mumbet ending slavery in Massachusetts, to civil rights champion W.E.B. Du Bois, to Arlo Guthrie, to physician Austen Riggs and his psychiatric hospital, to Gertrude Smith and the founding of Tanglewood,  Field Light investigates layered histories to create a compelling cultural, political and social narrative, with its cycles of privilege and racism, that continues to unfold. It is the story of finding one’s voice amid many voices, and the importance of the community of voices. 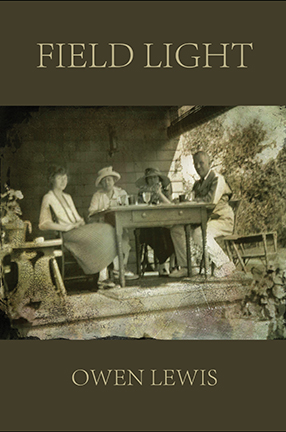