The Glorious American Essay: One Hundred Essays from Colonial Times to the Present

The essay form is an especially democratic one, and many of the essays Phillip Lopate has gathered here address themselves–sometimes critically–to American values. Even in those that don’t, one can detect a subtext about being American.

The Founding Fathers and early American writers self-consciously struggle to establish a recognizable national culture. The shining stars of the mid-nineteenth-century American Renaissance no longer lack confidence but face new reckonings with the oppression of blacks and women. The New World tradition of nature writing runs from Audubon, Thoreau, and John Muir to Rachel Carson and Annie Dillard. Marginalized groups in all periods use the essay to assert or to complicate notions of identity.

Read a Columbia News interview with Professor Lopate about The Glorious American Essay.​​​​​​​ 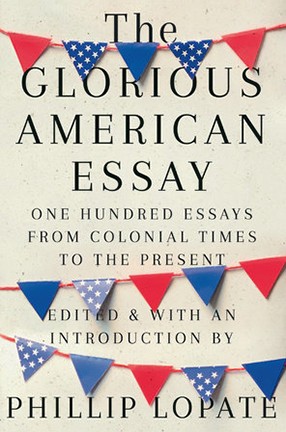 History
Literature
Back to Top