The Great Betrayal: How America Abandoned the Kurds and Lost the Middle East

David L. Phillips, director of the Program on Peacebuilding and Rights at the Institute for the Study of Human Rights, provides a political and diplomatic history of the once Kurd-dominated Kirkuk region of Iraq from the 1920s to the present day, a region at the heart of America’s foreign-policy priorities in the Middle East. In September 2017, Iraqi Kurdistan held an independence referendum, intended as a starting point for negotiations with the Iraqi government on the terms of a friendly divorce. Although the U.S., Turkey and Iran opposed it, the referendum passed with 93 percent of the vote. Iraq’s Prime Minister Heider al-Abadi refused to negotiate and then attacked the region. Phillips reveals the failings of America’s policies towards Kirkuk and the devastating effects of betraying an ally. 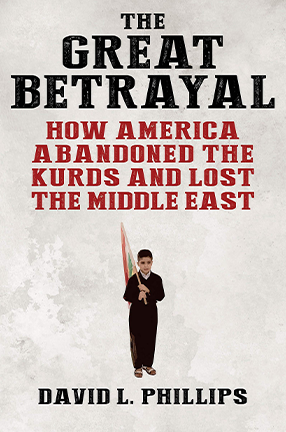 Middle East Studies
Back to Top