H. G. Wells played a central role in defining the intellectual, political, and literary character of the twentieth century. A prolific literary innovator, he coined such concepts as “time machine,” “war of the worlds,” and “atomic bomb,” exerting vast influence on popular ideas of time and futurity, progress and decline, and humanity’s place in the universe. Wells was a public intellectual with a worldwide readership. He met with world leaders, including Roosevelt, Lenin, Stalin, and Churchill, and his books were international best-sellers. Yet critics and scholars have largely forgotten his accomplishments or relegated them to genre fiction, overlooking their breadth and diversity.

In Inventing Tomorrow, Sarah Cole provides a definitive account of Wells’s work and ideas. She contends that Wells casts new light on modernism and its values: on topics from warfare to science to time, his work resonates both thematically and aesthetically with some of the most ambitious modernists. At the same time, unlike many modernists, Wells believed that literature had a pressing place in public life, and his works reached a wide range of readers. While recognizing Wells’s limitations, Cole offers a new account of his distinctive style as well as his interventions into social and political thought. She illuminates how Wells embodies twentieth-century literature at its most expansive and engaged. An ambitious rethinking of Wells as both writer and thinker, Inventing Tomorrow suggests that he offers a timely model for literature’s moral responsibility to imagine a better global future. 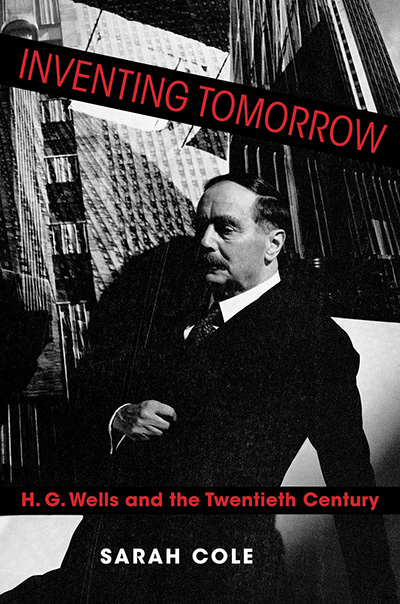