From 19th-century abolitionism to Black Lives Matter today, progressive social movements have been at the forefront of social change. Yet it is seldom recognized that such movements have not only engaged in political action but also posed crucial philosophical questions about the meaning of justice and about how the demands of justice can be met.

Michele Moody-Adams argues that anyone who is concerned with the theory or the practice of justice—or both—must ask what can be learned from social movements. Drawing on a range of compelling examples, she explores what they have shown about the nature of justice as well as what it takes to create space for justice in the world. Moody-Adams considers progressive social movements as wellsprings of moral inquiry and as agents of social change, drawing out key philosophical and practical principles. Social justice demands humane regard for others, combining compassionate concern and robust respect. Successful movements have drawn on the transformative power of imagination, strengthening the motivation to pursue justice and to create the political institutions and social policies that can sustain it by inspiring political hope.

Making Space for Justice contends that the insights arising from social movements are critical to bridging the gap between discerning theory and effective practice—and should be transformative for political thought as well as for political activism.

Read a Columbia News interview with Professor Moody-Adams about Making Space for Justice. 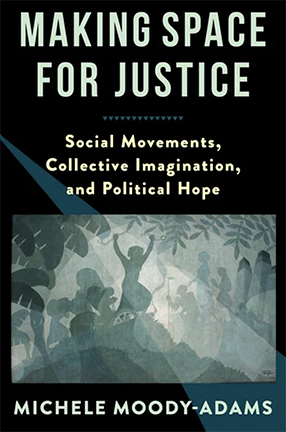 Philosophy
Back to Top