Who controls the media today? There are many media systems across the globe that claim to be free yet whose independence has been eroded. As demagogues rise, independent voices have been squeezed out. Corporate-owned media companies that act in the service of power increasingly exercise soft censorship. Tech giants such as Facebook and Google have dramatically changed how people access information, with consequences that are only beginning to be felt.

This book features pathbreaking analysis from journalists and academics of the changing nature and peril of media capture—how formerly independent institutions fall under the sway of governments, plutocrats, and corporations. Contributors including Emily Bell, Felix Salmon, Joshua Marshall, Joel Simon, and Nikki Usher analyze diverse cases of media capture worldwide—from the United Kingdom to Turkey to India and beyond—many drawn from firsthand experience. They examine the role played by new media companies and funders, showing how the confluence of the growth of big tech and falling revenues for legacy media has led to new forms of control. Contributions also shed light on how the rise of right-wing populists has catalyzed the crisis of global media. They also chart a way forward, exploring the growing need for a policy response and sustainable models for public-interest investigative journalism. Providing valuable insight into today’s urgent threats to media independence, Media Capture is essential reading for anyone concerned with defending press freedom in the digital age. 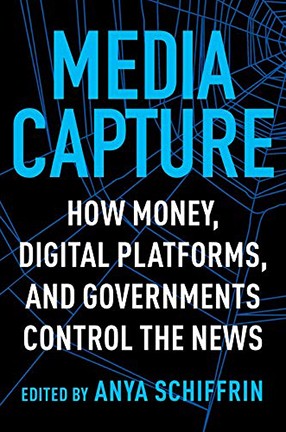 Journalism
Back to Top