This volume of the Oxford History of Life-Writing explores this practice in England between 1500 and 1700. Alan Stewart, chair of the Depart- ment of English and Comparative Literature, portrays 16th and 17th century England as a site of multiple, sometimes conflicting possibili- ties, with innovations in biography, autobiography, and diary-keeping that laid the foundations for mod- ern life-writing. While classical and medieval models continued to exercise considerable influence, new forms began to challenge them. The saints’ lives that dominated the writings of medieval Catholicism were replaced with new lives of Protestant martyrs. Novel forms of self-ac- counting came into existence, such as daily moral accounts dictated by strands of Calvinism and financial self-accounting modelled on the new double-entry book-keeping. 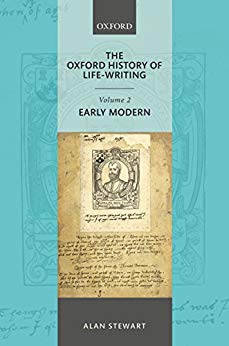