Sofonisba's Lesson: A Renaissance Artist and Her Work

Sofonisba Anguissola (ca. 1535–1625) was the daughter of minor Lombard aristocrats who made the unprecedented decision to have her trained as a painter outside the family house. She went on to serve as an instructor to Isabel of Valois, the young queen of Spain. Sofonisba’s Lessonsheds new light on Sofonisba’s work, offering a major reassessment of a Renaissance painter who changed the image of women’s education in Europe—and who transformed Western attitudes about who could be an artist.

In this book, Michael Cole demonstrates how teaching and learning were central themes of Sofonisba’s art, which shows women learning to read, play chess, and paint. He looks at how her pictures challenged conventional ideas about the teaching of young girls, and he discusses her place in the history of the amateur, a new Renaissance type. The book examines Sofonisba’s relationships with the group of people for whom her practice was important—her father Amilcare, her teacher Bernardino Campi, the men and women who sought to be associated with her, and her sisters and the other young women who followed her path.

Sofonisba’s Lesson concludes with a complete illustrated catalog of the more than two hundred known paintings and drawings that writers have associated with Sofonisba over the past 450 years, with a full accounting of modern scholarly opinion on each. 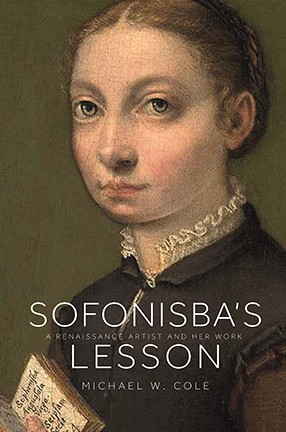