Southern Nation examines how southern members of Congress shaped national public policy and American institutions from Reconstruction to the New Deal―and along the way remade the region and the nation in their own image. Ira Katznelson, Ruggles Professor of Political Science and History at Columbia, and his co-authors, David A. Bateman, an assistant professor at Cornell, and John S. Lapinski, a professor at the University of Pennsylvania, show how the South’s representatives used Congress to forge a new relationship with the rest of the nation. Drawing on an innovative theory of southern lawmaking, in-depth analyses of key historical sources, and congressional data, the authors trace how southern members of Congress gradually won for themselves an unparalleled role in policymaking, and left all southerners―whites and blacks―disadvantaged to this day. 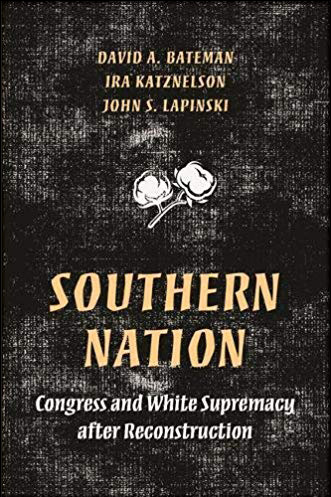