In this reconsideration of the Civil War, Stephanie McCurry, R. Gordon Hoxie Professor of American History in Honor of Dwight D. Eisenhower, reveals the vital role women played on and off the battlefield. She tells the story of Clara Judd, a Confederate spy whose imprisonment for treason sparked heated controversy, defying the principle of civilian immunity and leading to lasting changes in the laws of war. There is also Gertrude Thomas of Georgia, a onetime Southern belle who in the aftermath of war wrestled with economic devastation, a loss of status and her former slaves. McCurry dismantles the long-standing fiction that women are outside of war and shows that they were indispensable actors in the Civil War, as they have been—and continue to be—in all wars. 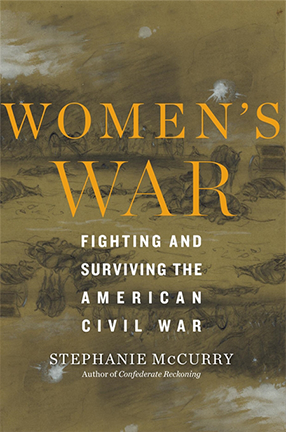