Your Duck Is My Duck

In her first short story collection since 2006, Deborah Eisenberg, professor of writing at the School of the Arts, pulls us as if by gossamer threads through her characters—a tormented woman whose face determines her destiny; a group of film actors shocked to read a book about their past; a privileged young man who unexpectedly falls into a love affair with a human rights worker caught up in an all-consuming quest that he doesn’t understand. The six stories compel us to confront disturbing truths about ourselves— as lovers, parents, and children, and as citizens on a violent, terrifying planet. In her world, the forces of money, sex, and power cannot be escaped, and the force of history, whether confronted or denied, cannot be evaded. 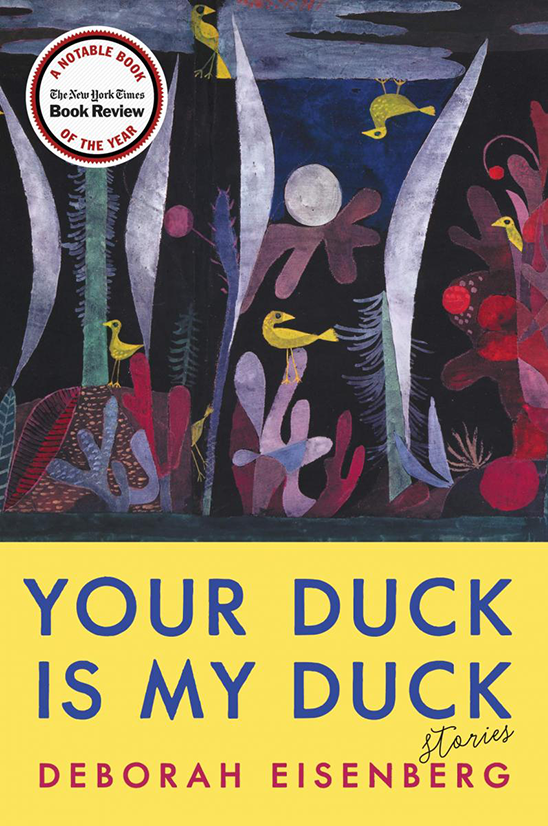