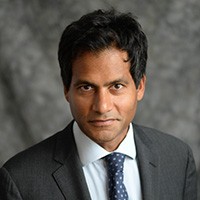 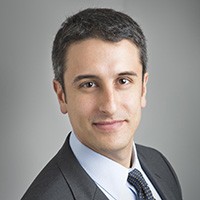 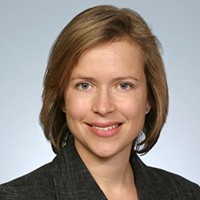 The institute’s immediate key priorities, include these emerging issues:

The Knight Institute team is now preparing to file FOIA requests related to First Amendment issues in the new administration. The initial focus will be limitations or guidelines on the speech of government workers. The institute will also respond to changes in the technology and media landscape, including the rise of social media and surveillance, and the waning power and resources of traditional news companies.

“The Knight Institute's mandate seemed important six months ago, but today it could hardly be more urgent. At a moment when the freedoms of speech and the press seem both unsettlingly fragile and absolutely crucial, I'm excited to have the chance to work with such a talented team,” said Jaffer.

Jaffer has litigated some of the most significant post-9/11 cases relating to national security and civil liberties and is one of the nation's leading advocates for government transparency. Jaffer recently edited The Drone Memos: Targeted Killing, Secrecy, and the Law, published by the New Press in 2016.

Abdo was until recently a senior staff attorney in the ACLU’s Speech, Privacy, and Technology project. He has been at the forefront of litigation relating to National Security Agency surveillance, encryption, anonymous speech online, and government transparency. Prior to joining the ACLU, Abdo was an attorney with the National Security Project, where he was involved in the litigation of cases concerning the Patriot Act and the Foreign Intelligence Surveillance Act. In 2015 he argued the complex and closely watched appeal that resulted in the Second Circuit invalidating the NSA's call-records program. He graduated from Yale College and Harvard Law School.

Fallow was previously deputy director of the Bureau of Consumer Protection at the Federal Trade Commission. Until 2013, she was a partner at Jenner & Block, specializing in media and First Amendment law. She was instrumental in many First Amendment cases there, including EMA v. Brown, the case in which the Supreme Court held that violent video games are protected speech. She also defended The Huffington Post and other news outlets in a variety of defamation cases around the country. She graduated from the University of California at Berkeley and Harvard Law School.

Caplan is a visiting lecturer at Yale Law School and was previously the editor and president of Legal Affairs magazine, a staff writer for The New Yorker, and a member of The New York Times editorial board, where he wrote about the Supreme Court. He is a former Guggenheim and White House fellow. Caplan is the author of, among other books, American Justice 2016: the Political Supreme Court and The Tenth Justice: The Solicitor General and the Rule of Law. He is a graduate of Harvard Law School.

Valentino-DeVries spent more than a decade at the Wall Street Journal as a web producer, editor and investigative reporter focusing on computer security, surveillance and the law. She was a key member of a team that reported on technological privacy and was a finalist for the Pulitzer Prize in Explanatory Reporting in 2012. She graduated from the University of Texas at Austin and Princeton University's Woodrow Wilson School of Public and International Affairs.