In late 1862, the French painter Édouard Manet recorded in his studio notebook that the model Laure posed for a portrait in his Paris studio. A few months later, she returned to pose for the maid in Manet’s master work, Olympia, which portrays a naked prostitute propped on pillows and staring brazenly at the viewer as her servant brings forth a floral offering.

That 1863 painting was a sensation at the 1865 Paris Salon, and now it is the spark behind the exhibition, Posing Modernity: The Black Model from Manet and Matisse to Today, which opens at Columbia’s Wallach Art Gallery on October 24. The show, which runs until February 10, is a sweeping re-examination of the history of modern art that proposes that the changing representation of the black female figure has been central to the development of modernism.

“This exhibition raises the bar for the Wallach,” said Lewis Long, the gallery’s associate director of external affairs. “The works are masterpieces loaned by national and international museums and art patrons, and we are bringing them here to Columbia to share with our campus, our neighbors and the broader art-going public.”

Denise Murrell (GSAS’04, M.Phil’10, Ph.D.’14), is the Wallach Gallery’s Ford Foundation Postdoctoral Research Scholar, and curator of the exhibition.“Manet’s radical break was his commitment to painting scenes of his normal everyday life, and Laure was a part of that. She lived near him in the Batignolles neighborhood,” she said.

The seeds of the show were planted back in 2001 when, as a post-Harvard MBA, Murrell worked on Wall Street by day and took night courses at Hunter College to qualify for Columbia’s art history master’s program. “I’d sit there in these art history survey classes and think, ‘but where are all the black people?’” Their invisibility became the subject of her 2013 dissertation, which resulted in the exhibition. 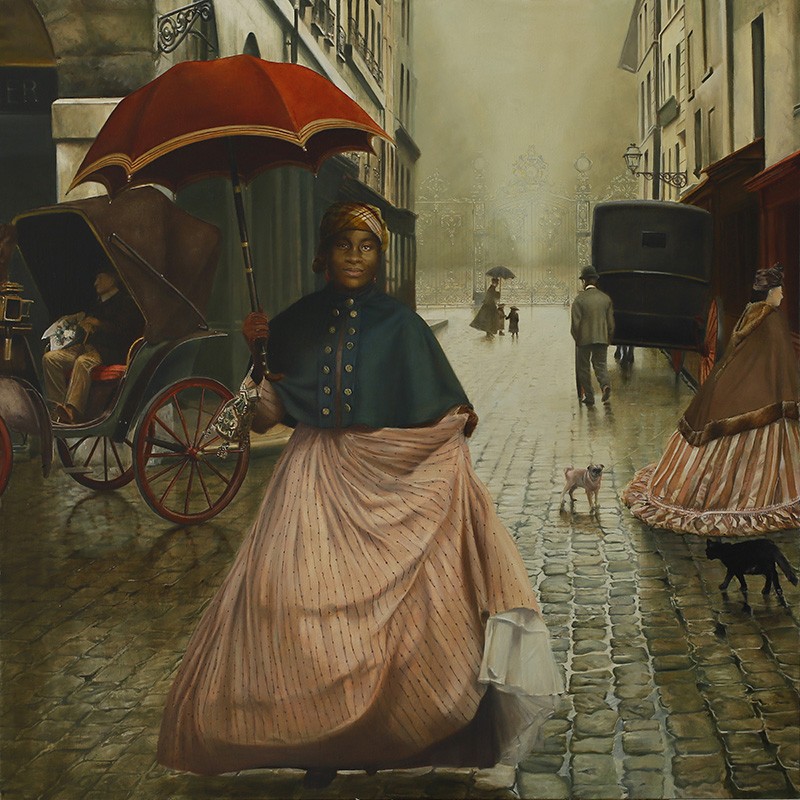 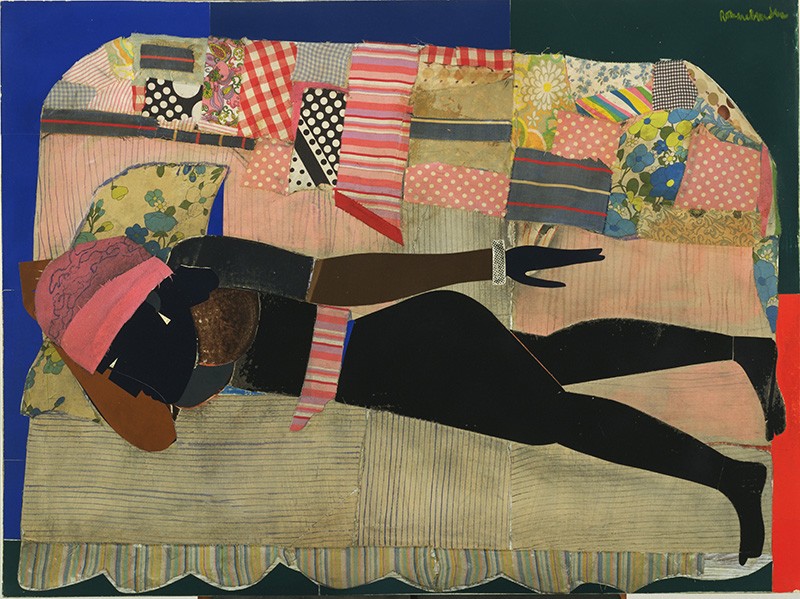 “I remember the first time I saw an image of Olympia flash on the screen as a graduate student. My heart was pounding and I wondered what would be said about the black servant ... and was really concerned that nothing at all was mentioned,” said Murrell, who took it upon herself to redress that wrong by excavating the narrative of Laure. “As I did that, I understood that she was not just the subject of Manet’s work, but of works by many successive generations of artists. As I looked more deeply into the archival and anecdotal material about her, I became aware of how extensive her legacy was with a pattern of images that exist across the last 160 or so years.”

Manet, one of the first artists to depict modern urban life by bridging the gap between Realism and Impressionism, painted Laure three times over the course of one year. The first time she appeared was as a nursemaid in a Parisian park scene, Children in the Tuileries Gardens. The second was La Négresse (Portrait of Laure), where she was the sole focus of both the artist and the viewer. The third was Olympia.

The first two images are on view in Posing Modernity. Comprising more than 100 works of art, the exhibition begins with a consideration of the role of Laure, a member of the new free-black community that emerged in Paris not long after the French abolition of territorial slavery in 1848. Olympia will be on view in Paris in an expanded version of the exhibition, The Black Model, from Géricault to Matisse, which will be at the Musée d'Orsay, the exhibition’s co-organizer, from March 26 to July 14, 2019.

Posing Modernity features images of other black models in works by Manet’s contemporaries and near-contemporaries, including his acolyte Frédéric Bazille, Edgar Degas, Jean-Baptiste Carpeaux and the photographer Nadar. Through these works, the exhibition brings to light little-known connections between the avant-garde circles of 19th-century Paris and the post-abolition community of free black Parisians to which Laure and other models belonged.

The exhibition then traces the impact of Manet’s reconsideration of the black model into the 20th century and across the Atlantic to New York City, where Henri Matisse visited Harlem jazz clubs in the 1930s and, later, created portraits of black dancers as icons of modern beauty. Posing Modernity sets these and other works by Matisse in dialogue with the “New Negro” portraiture style with which diverse Harlem Renaissance artists—such as Charles Alston (CC 1929, TC 1931), William H. Johnson and Laura Wheeler Waring—defied racial stereotypes. The show concludes with a look at the legacy of Manet and Matisse as seen in the works of artists from Romare Bearden to Mickalene Thomas.

Murrell hopes that the issues of race, gender and class raised in the exhibition will filter back into the classroom so that when Olympia appears on the screen, “the discussion will deal with the maid and the prostitute, black and white, and with the issues of both race and gender in Manet’s time,” she said.

Born in Harlem Hospital, Murrell spent part of her childhood in the neighborhood and now lives near the Lenfest Center for the Arts, the Wallach’s home on the Manhattanville campus. She is thrilled to see her groundbreaking ideas on the black model as modern art muse reaching the local community and beyond. “This show is so relevant now,” she said. “By rendering Laure visible and giving her a voice, it opens pathways for other women of color.”

“This is a narrative done by a black woman about black women throughout history. The importance of that goes well beyond modern art. That the exhibition is happening on 125th Street in Harlem is historic,” said Darren Walker, president of the Ford Foundation, which supported Murrell’s research. “Matisse, who loved Harlem, is coming home.”