The Edinburgh Companion to the Essay

The Edinburgh Companion to the Essay distinguishes itself by the wide range and scope of its themes, voices and approaches. Thirty-five leading essayists, literary critics and writing instructors explore the essay from multiple perspectives, including its theories, forms and histories as well as its cultural, political and pedagogical contexts. In particular, the volume extends the theory of the essay by addressing topics such as the construction of an essayistic self and the political dimensions of essaying. It further explores the relationship between the essay and other forms, such as philosophical writing, the column, science writing, the novel, the lyric and the advert as well as the essay in digital spaces.

Read a Columbia News interview with Nicole Wallack on The Edinburgh Companion to the Essay. 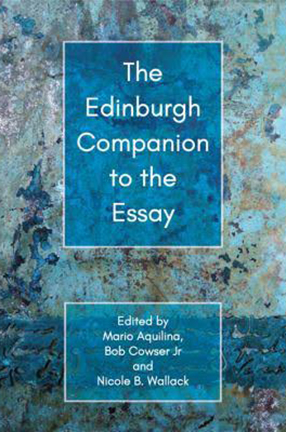