Today, we do not expect a symptomatic reading to refer to bodily symptoms, or a literary dissection to be more than metaphorical. But this was not always true. In Romantic Autopsy, Arden Hegele considers a moment at the turn of the nineteenth century, when literature and medicine seemed embattled in rivalry, to find that the two fields collaborated to develop interpretive analogies that saw literary texts as organic bodies and anatomical features as legible texts. Together, Romantic readers and doctors elaborated protocols of diagnosis-practices for interpretation that could be used to diagnose disease, and to understand fiction and poetry.

This volume puts essential works of British Romantic literature that seem at first to have little to do with medicine, such as the lyrics of William Wordsworth, the elegies of Percy Shelley and Alfred Tennyson, and the novels of Mary Wollstonecraft, Jane Austen, and Mary Shelley, back into conversation with emergent medical disciplines of the period -- anatomy, pathology, psychiatry, and semiology. Poems and novels, Hegele argues, were historically understood through techniques designed for the analysis of disease; meanwhile, autopsy reports and case histories adopted stylistic features associated with literature. Countering the assumption of a growing specialization in Romanticism, these practices suggest that symptomatic reading (treating a text's superficial signs as evidence of deeper meaning), a practice still used and debated today, might have originated from Romantic diagnostics. The first study of the interconnected literary and medical analytics of British Romanticism, Romantic Autopsy charts an important history underlying our own approaches to literary analysis. 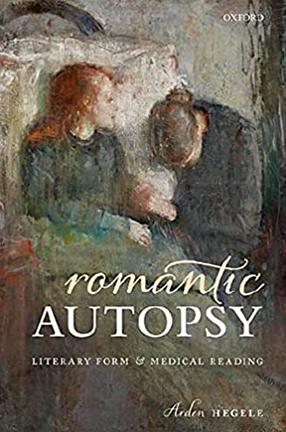