Archive Documenting Puerto Rico’s Past Sheds Light on Its Present 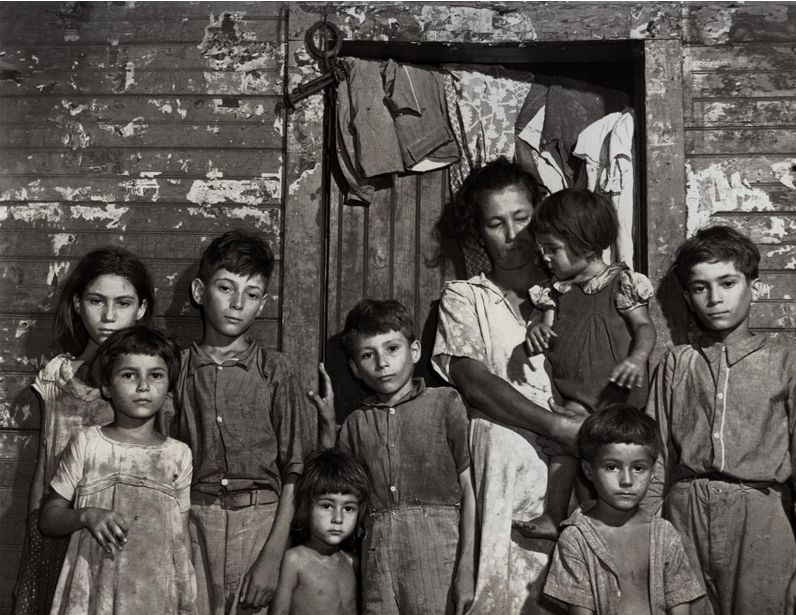 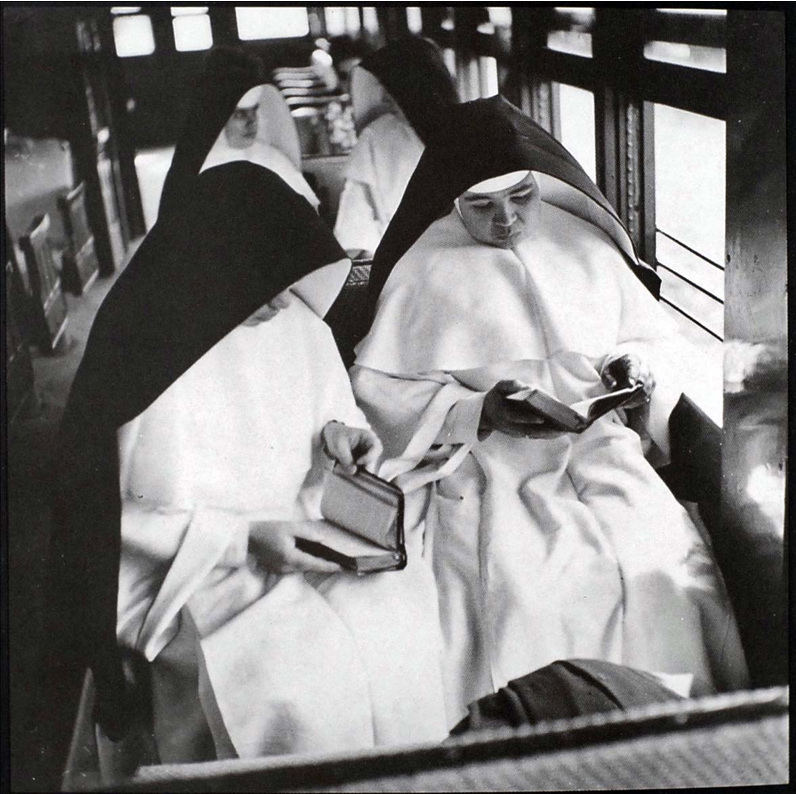 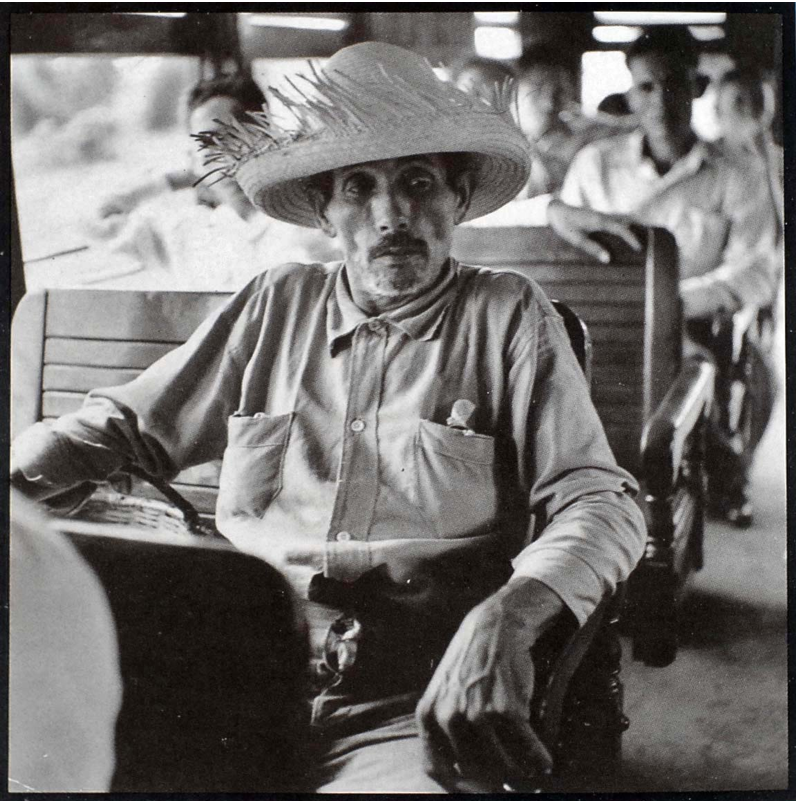 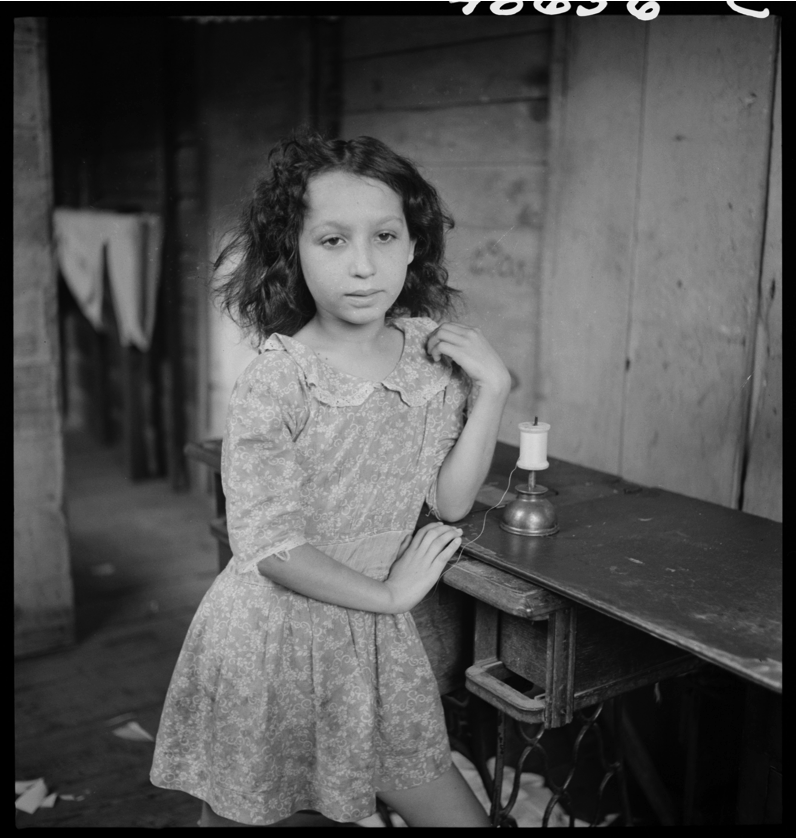 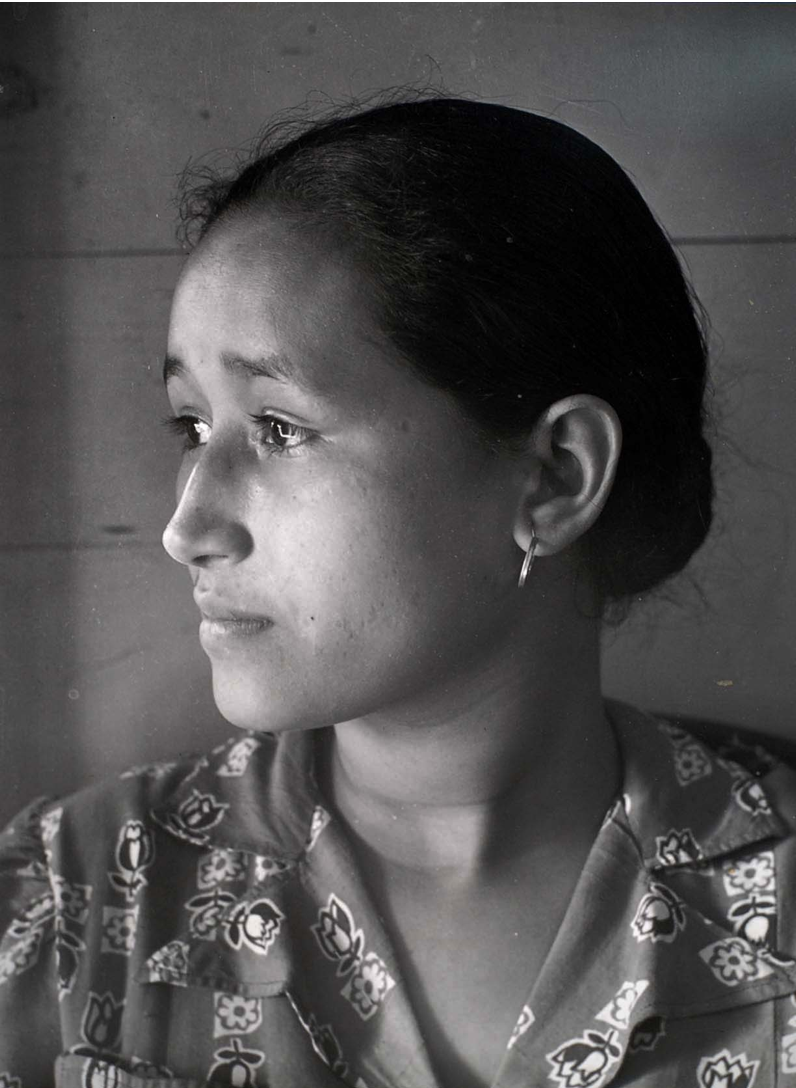 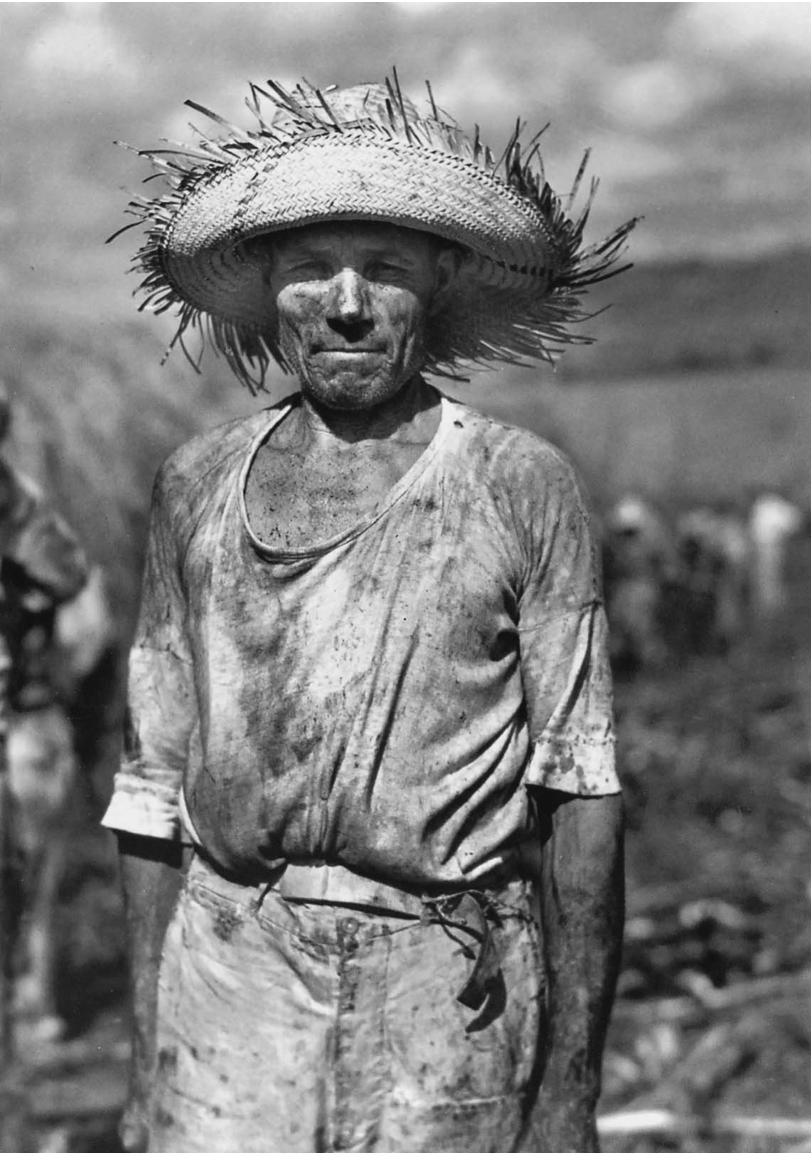 Sugarcane cutter working in a field that had been burned, near Guánica, 1941, from Jack Delano's photography book Puerto Rico Mio. Photo Courtesy of the Delano Collection at Rare Book and Manuscript Library 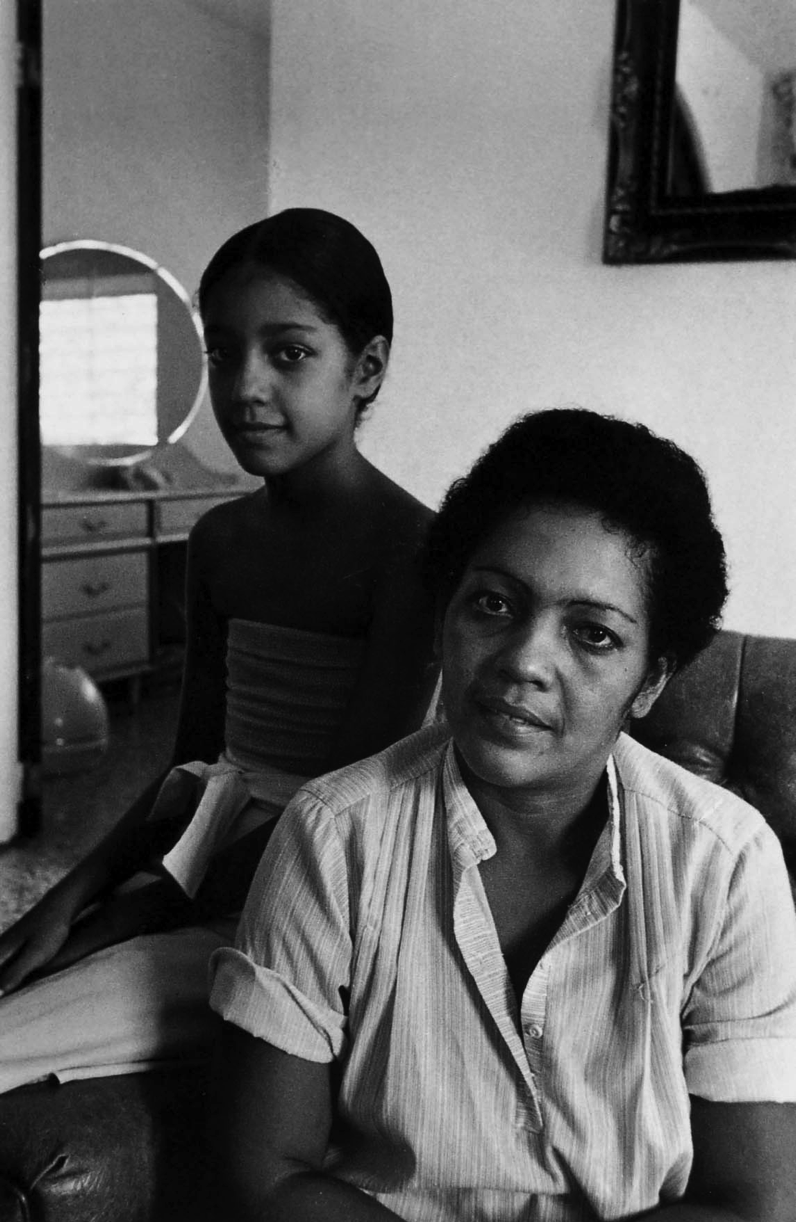 Wife and daughter of an employee of the oil company in Yabucoa, 1980, from Jack Delano's photography book Puerto Rico Mio. Photo Courtesy of the Delano Collection at Rare Book and Manuscript Library 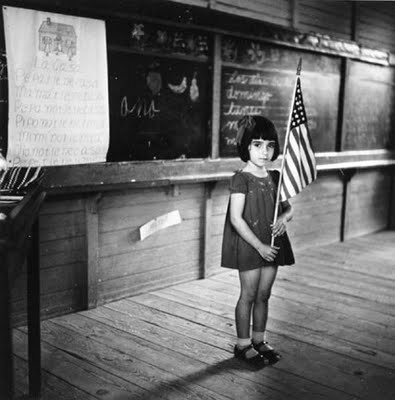 Puerto Ricans wait in line for food distributed by a federal agency. A child lies in a municipal hospital bed. These could be images of the destruction wrought on Puerto Rico by Hurricane Maria. But the searing images are from the 1940s, taken by photographer Jack Delano, whose remarkable archive now resides at Columbia. Social problems are but a small part of his photographic work. The collection itself, with its sweep of joy and vibrancy, offers a picture of what is now missed. Delano captured the whole range of life on the island, helping viewers see the beauty of what Puerto Rico can again become.

“Delano’s images continue to resonate,” said Frances Negrón-Muntaner, professor of English and comparative literature and curator of the Latino Arts and Activism Archive at Columbia. “They tell the complex story of Puerto Rico’s modernization and relationship to the U.S. At a moment when the world’s attention has momentarily focused on the island, the materials in the Delano archive provide a reference point to consider how much—and how little—Puerto Rico has changed in the last decades.”

The new archive in Columbia’s Rare Book and Manuscript Library (RBML) includes more than 3,000 photos, musical scores, paintings, films, correspondence, manuscripts, recordings, posters, woodcuts and even editorial cartoons. Work by Irene Esser Delano, a noted illustrator and designer and Delano’s wife and artistic partner, is part of the collection, which offers a window on Puerto Rico’s economy, politics, society and culture from the 1940s-90s. “You cannot speak about Puerto Rican arts and culture in the second half of the 20th century without talking about the contributions of the Delanos,” Negrón-Muntaner said.

“The archive reveals the ways governments have employed arts programs to document and transform the living conditions of marginal populations and to educate the poor,” said Sean Quimby, director of RBML. “The contents show how the Delanos sought to comprehend and express the culture of an island that has sat at global crossroads for hundreds of years.”

The collection adds to the Latino Arts and Activism Archive, which includes the full run of the city’s oldest Spanish-language daily, El Diario/La Prensa, as well as works by Puerto Rican writers such as the poet Rosario Ferré and Manuel Ramos Otero and the Cuban-American playwright Dolores Prida.

Pablo Delano and Laura Delano Duncan, both artists themselves, donated their parents’ archive. Pablo Delano, a professor of fine art at Trinity College in Hartford, Connecticut, said his parents worked in close partnership. “The collection shows the degree to which their entire artistic output is a result of their collaboration,” he said.

A former Columbia professor, Roy Stryker, hired Jack Delano as a photographer for the Farm Security Administration, an agency launched under the New Deal to document and alleviate rural poverty. Jack Delano focused his lens on railroad workers in Chicago, African American life in Georgia, and other working-class subjects.

“The finest artists in the country traveled to formerly ignored and underappreciated areas to tell the stories of the people most directly affected by the Great Depression,” said Thai Jones, the Herbert H. Lehman Curator of U.S. History at RBML.

Jack Delano went on to photograph sugarcane workers, stevedores and cigar factory workers in Puerto Rico. The Delanos settled there in 1946 and worked in governmental arts administration; he focused primarily on film and she on graphic arts. He produced films, trained filmmakers and involved ordinary people in the making of films. “For the Delanos, the arts could contribute to community building,” Negrón-Muntaner said. “Jack explicitly wrote that ‘to do justice to the subject has always been my main concern.’ This may help explain why they are so beloved in Puerto Rico.”

Irene Delano elevated silk-screen printing from a disposable, low-end product to a work of art. Her many accomplishments include designing the 1949 U.S. postage stamp commemorating the Commonwealth of Puerto Rico.

A number of people connected to Jack Delano made their way to New York. His films launched actors such as Miriam Colón, who had a Hollywood career and founded the Puerto Rican Traveling Theater—one of the most important Latino theater companies in New York and internationally.

The archives document what life was like in Puerto Rico 40, 50 and 60 years ago and how it changed, including the migration of millions of people to the U.S. mainland over several decades; New York now has the largest concentration of Puerto Ricans outside Puerto Rico.

“I am confident that this archive will be one of the most consulted, not only because of its scale, but also its enormous richness and diversity of materials,” Negrón-Muntaner said.