Feelings of grief after the loss of a loved one are universal. While most people adapt to the loss over a period of time, for some the process is stalled or blocked, resulting in “complicated grief,” persistent and intense emotional pain and preoccupying thoughts that impair their day-to-day functioning.

For families who lose an active-duty military service member, adapting to their loss often can be especially challenging. Some 19,000 American service members have died since 2001, and preliminary reports indicate that nearly 40 percent of their loved ones may experience continued difficulties managing their grief. Experts on grief at the Columbia School of Social Work are collaborating with the Defense Department’s Uniformed Services University of Health Sciences on a mobile and web-based way to help those families cope. 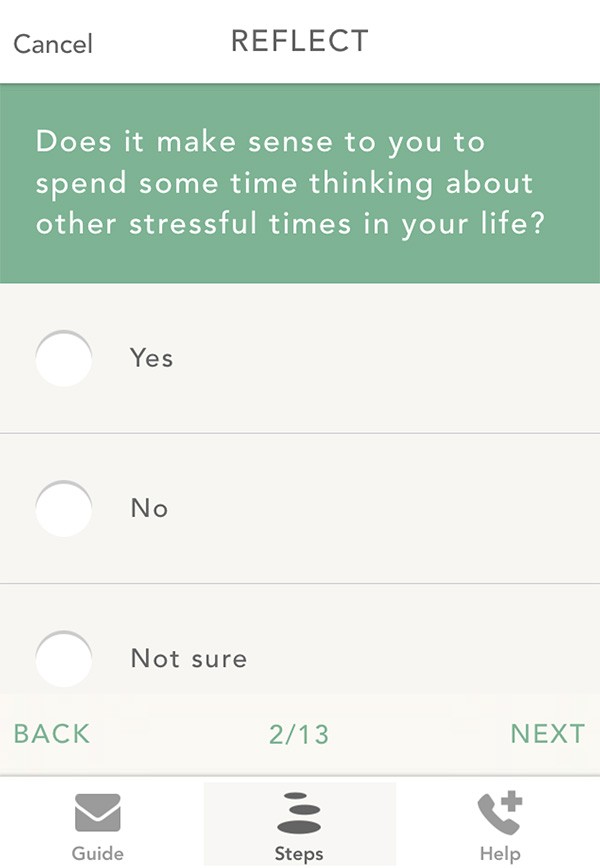 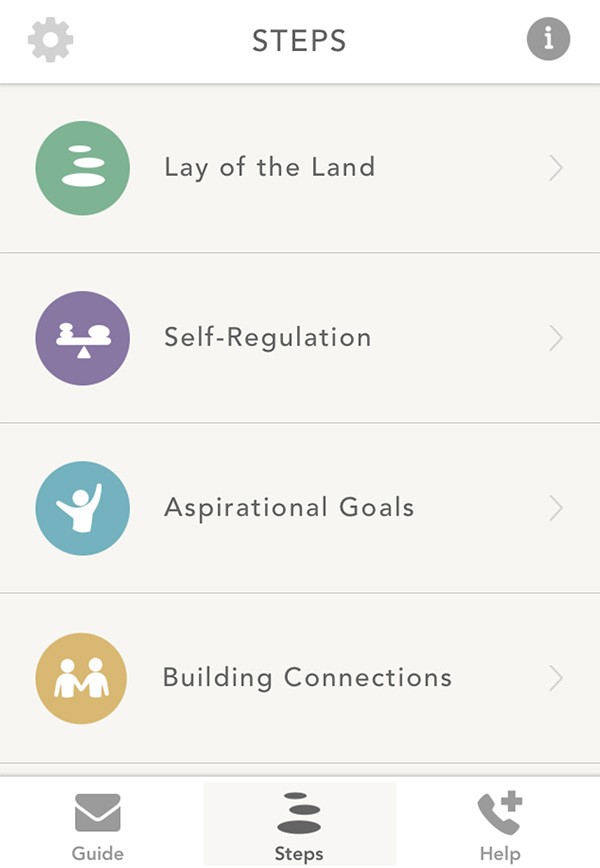 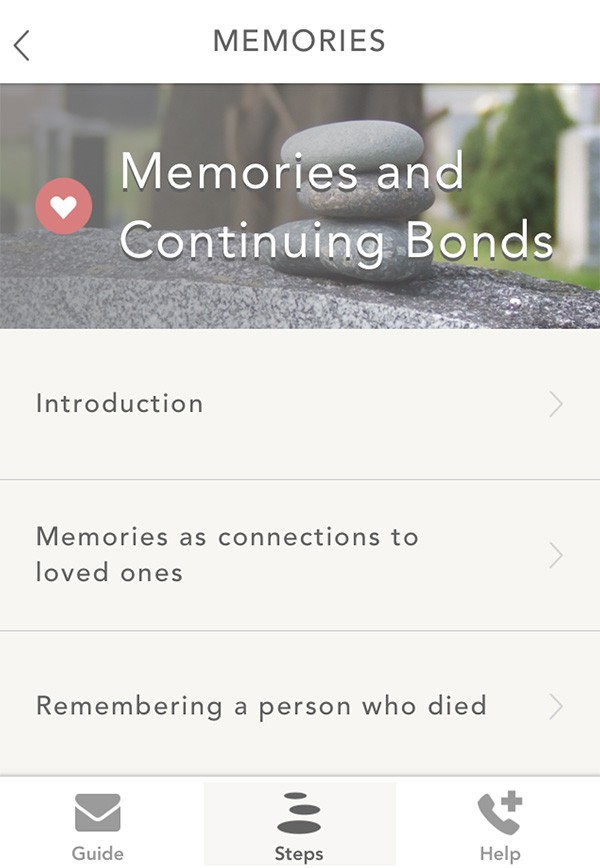 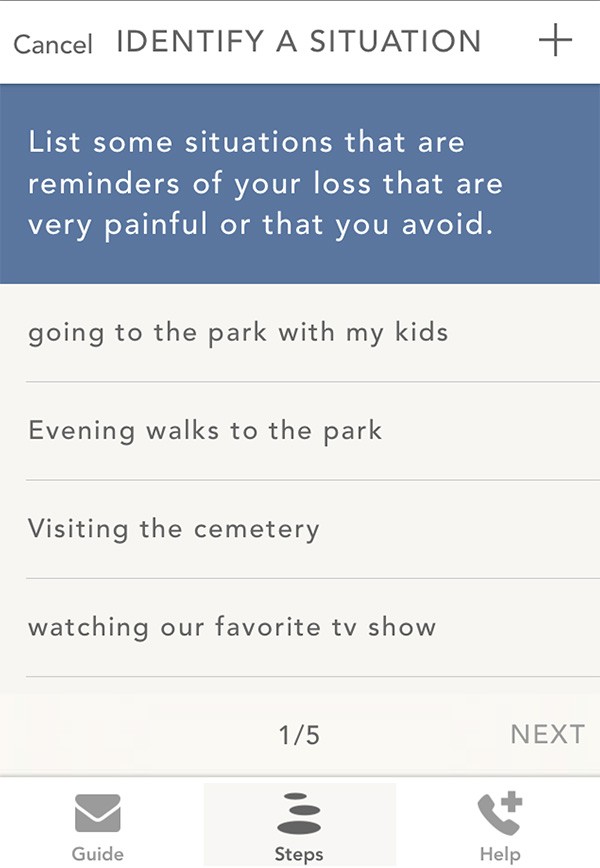 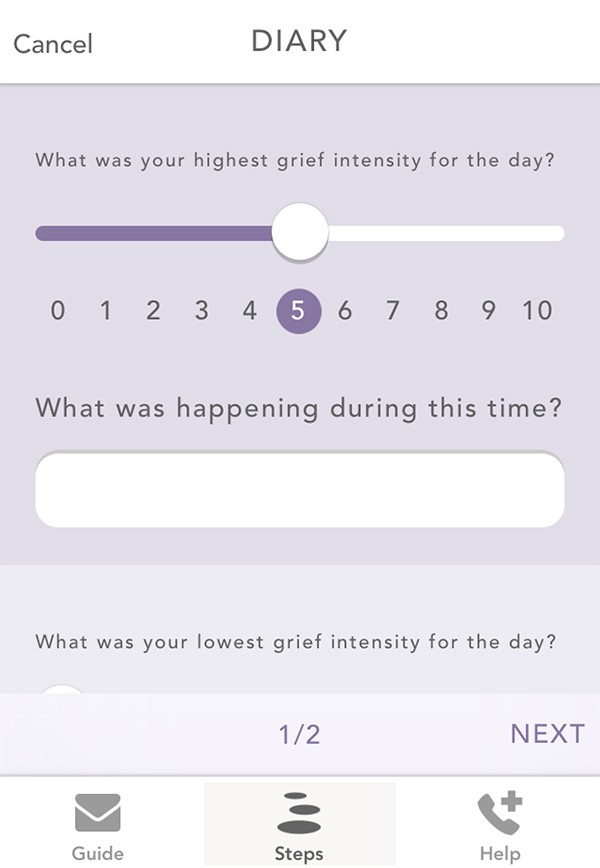 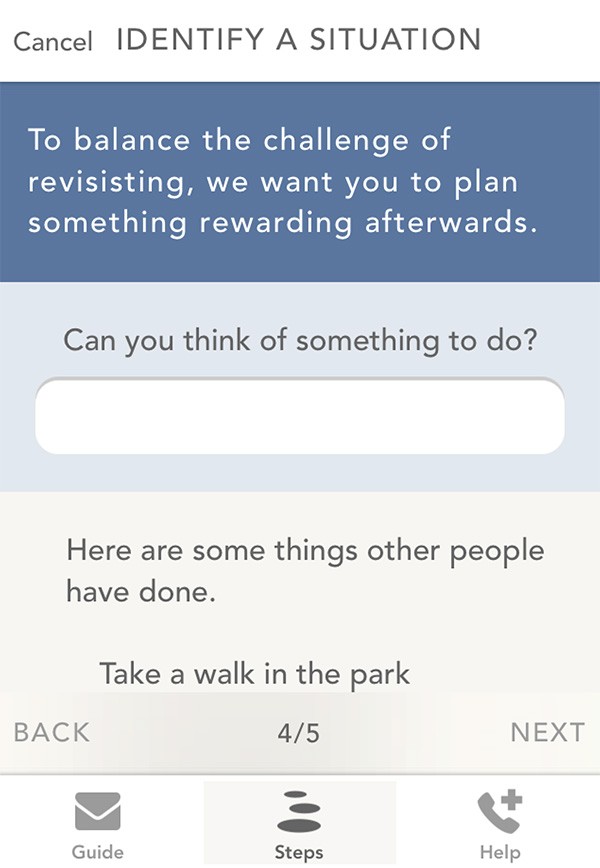 "Grief often feels like a cold, dark, lonely place," said Katherine Shear, the Marion E. Kenworthy Professor of Psychiatry at the School of Social Work, who led the effort to develop the complicated grief app and its web counterpart that will be rolled out to military families early next year and studied for its effectiveness. \"We're hoping to warm things up, to open a door to the outside world. We want to help these families to understand grief and adaptation to loss, to rebuild meaningful relationships and feel hopeful about their future."

The app, called GriefSteps, is not intended as therapy, but as a way to provide bereaved families with information, activities and resources to help them move forward in their lives. It has six steps, each aimed at helping participants—whether their family member died in combat, from illness or accident, or suicide—with the process of integrating grief into their lives and re-engaging in a life with purpose and meaning.

Shear, a psychiatrist who joined the School of Social Work faculty in 2006, is director of the school’s Center for Complicated Grief, which conducts research and provides training in complicated grief therapy for mental health professionals. A pioneer in the field, Shear has developed this therapy for persistent intense grief and it has been proven effective in multiple clinical trials funded by the National Institute of Mental Health.

Columbia and the Uniformed Services University of Health Sciences received a $3 million grant from the U.S. Department of Defense for a randomized control study to test the app’s effectiveness when compared to one not specifically designed for military families. Stephen Cozza, a retired Army colonel who is a professor of psychiatry at the Uniformed Services University of Health Sciences, noted that those who die while on active duty are usually young, their deaths can be sudden or violent, and their survivors often live far from those who could provide emotional support. Families may also need to vacate military housing and deal with a loss of some military services, as well as their connection to their community.

\"We wanted to apply the principles of Dr. Shear’s evidence-based therapy to military families,” said Cozza, who with Shear is a principal investigator in the study. He said Shear and her team were his top choice to collaborate on the app. For now, families of those who died are the target audience. Eventually, veterans and active-duty service members who are grieving a loss may be included, as well as the general public.

Columbia’s commitment to working with members of the military and veterans is longstanding. The School of General Studies was created in 1947 in part to serve returning World War II veterans. Columbia more recently has become a prime destination for Iraq and Afghanistan war veterans. The University’s Naval Reserve Officers Training Corps (NROTC) program, dissolved in 1969 amid anti-war protests, was reinstituted in May 2011. This fall, Columbia opened the Center for Veteran Transition and Integration to provide programming and support to veterans making the transition to higher education and the workforce. Teachers College also has a Resilience Center for Veterans & Families, to assist those transitioning back to civilian life.

More than 700 student veterans are now on campus. And a memorial exhibition, “Remembering Our Fallen,” that is touring the country and features photographs of U.S. military men and women who died since Sept. 11, 2001, was on display at Columbia before Veterans Day. It was co-sponsored by the Military in Business Association at the Columbia Business School and the Center for Veteran Transition and Integration.

The GriefSteps app is now being tested by a dozen military families and four “guides,” who answer questions and help participants use the app effectively. The guides were field researchers in an earlier study of Cozza’s and thus have experience interviewing military families. They can provide resources to find professional help, and the app has contact information for a Veterans Administration crisis hotline.

"Our aim is to reach out to a group of families who need our gratitude as well as our support," said Shear. "They deserve it. It’s an honor and a privilege to do this."

Shirley Wang Elected to Columbia’s Board of Trustees

Wang is the founder and CEO of an innovative company that manufactures fiberglass doors.

In Machines for Living, Professor Victoria Rosner also considers the relationship between gender and design.

In a letter to the Columbia community, the co-chairs of Columbia's Board of Trustees, Lisa Carnoy and Jonathan Lavine, announced that President Bollinger has agreed to extend his term until the close of the 2023 academic year.

Justin Clarke-Doane asks the big questions in Morality and Mathematics.

Professor Works on Projects at the Intersection of Race and Architecture

Mabel O. Wilson co-designed the Memorial to Enslaved Laborers and co-edited Race and Modern Architecture, among other things.

Tags
Architecture Humanities
Back to Top