A Tony Award Winner Graduates with a Dual Degree

David Treatman is used to wearing different hats: He cruised through a grueling dual degree program at the Jewish Theological Seminary (JTS) and the School of General Studies (GS), while leading a Division 1 Columbia varsity sailing team and producing, or co-producing, 14 plays—some award-winning—in three years.

Q. Why did you choose Columbia?

A. I was raised in a very proud Jewish family in Philadelphia. Having gone to Jewish day schools my whole life, I wanted to continue to explore my Jewish identity and education without compromising a secular college experience.

I gained a sense of belonging and acceptance through maximizing my engagement with Columbia communities and thought-provoking conversations with a diverse group of peers. I didn’t feel so lost in the larger Columbia campus because of the comfort I found in JTS’s small community. This combination was helpful when I was trying to put down roots as a freshman.

I had never thought I would want to live in New York. The city struck me as inauthentic because so many people want to be here for the idea of it, rather than its reality. Thankfully, though, this impression changed, and I have a much more nuanced idea of where I can live. Now I love living in this vibrant city because of my time at Columbia.

It's so much easier to be a non-traditional student at GS.

Q. How would you describe your Columbia experience?

A. Columbia is a very rigorous educational environment with exceptional teachers, students and resources.

It's easy to feel isolated in New York City, but I was lucky to find a really good core group of friends and mentors, including some of the most incredible faculty members from the history department. They provided me with many opportunities to engage in archival research and original scholarship.

Professor Stephanie McCurry does amazing research about the daily lived experience in the various periods and circumstances that she studies. I’ve also learned much from Professor Elisheva Carlebach about how to generate original research, which isn’t a skill I possessed before. They inspired me to write my senior honors thesis on the semantic history of the word Dixie and the politicization of language in the Civil War. Professor Elizabeth Blackmar was a phenomenal resource in how to pursue research questions. These teachers at Columbia really enhanced my skill set and abilities as a storyteller, which is so important to writing and producing theater and live entertainment.

Q. What were some of your extracurricular activities?

A. I initially took on a very ambitious course load, while casting a wide net on the things that I wanted to experience as an undergraduate. Later I became a bit more judicious. I prioritized what I would spend my time on by refining and honing my schedules. Just in the first semester, I participated in seven on-campus theater productions, joined the Columbia sailing team and eventually became the captain. I’m especially proud to have expanded the team’s dwindling membership from about 20 to 80 members.

I was also invited by the Columbia-Barnard Hillel to revive the Sabbath observant theater group that had been defunct. Hillel has a great building and a welcoming community that's open to everyone. It became a place to involve students and showcase my first musical, co-written with my friend Brent Morden, CC ’19. This served as a valuable and grounding experience when I began dipping a toe into the world of commercial theater production.

Q. What’s your takeaway from your Jewish studies?

A. When I arrived at Columbia, I wanted to gain a complex understanding of why I saw the world the way that I did. Growing up, I didn’t even realize Jewish wisdom, teaching and ritual permeated my secular life. Studying at JTS provided me with a structure and paths of study. Using critical methodologies, I read the Bible as a historical or anthropological text, instead of looking at it as some sort of ritual object. What I find interesting is learning how to infuse my life with the knowledge and wisdom from my ancestors and the Jewish faith, without having an overbearing pressure for it to be a religious doctrine. 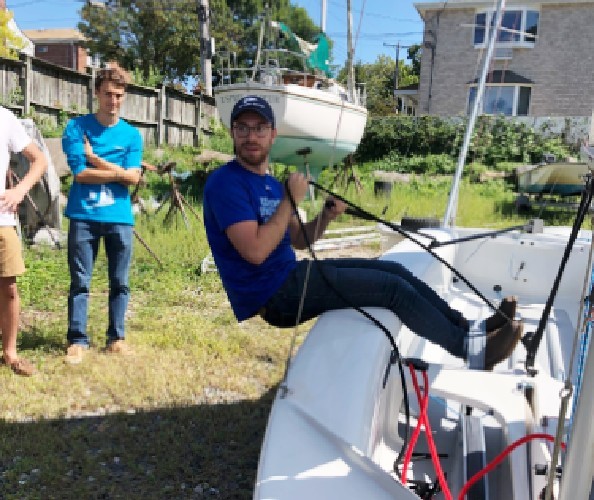 Treatman showing a sailing maneuver to the Columbia sailing team. 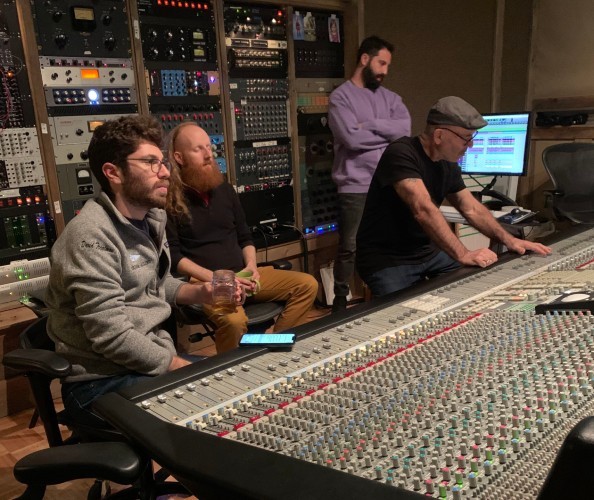 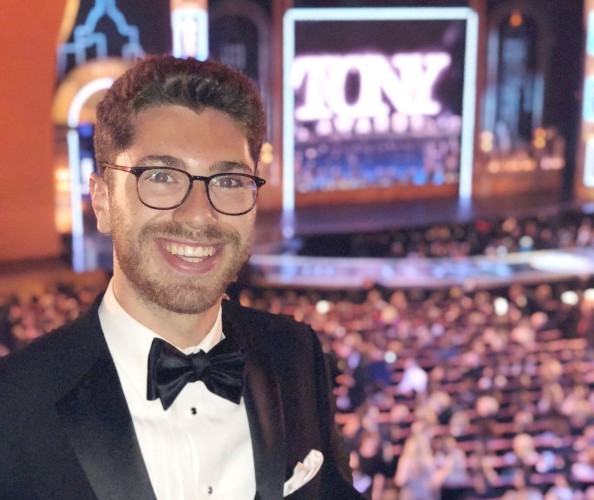 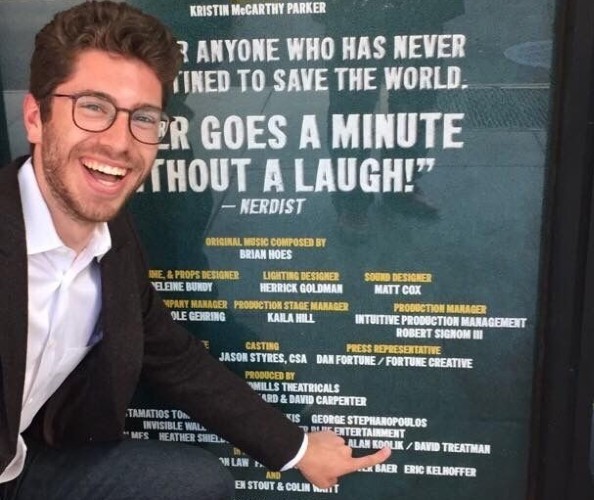 Treatman is pointing at his name on the poster of "Puffs."

Q. Can you tell us about your theater life?

A. I've worked on Broadway, Off-Broadway, the West End, plus touring productions, and in television, film and developmental projects. My producing career took off with Puffs, or: Seven Increasingly Eventful Years at a Certain School of Magic and Magic, an Off-Broadway play I co-produced in 2016 with Alan Koolik, SEAS ’19. Its success led me to work on some of the well-known Broadway productions, including A Christmas Carol, a New York Times Critic’s Pick from the 2019 holiday season, and Tony Kushner's Angels in America, the revival on Broadway that won a Tony award in 2018. I also produced some of the first musical podcasts, identifying the genre before the Covid-19 related narrative podcasting “boom.”

A lot goes into making a theater project work, including logistics and quantitative thinking with art. It boils down to how to tell a good story. What I love most is finding writers that nobody knows yet. Discovering them and working together to create a form that's most successful for a live event—there is nothing quite like it.

Q. How has COVID-19 had an impact on your plans?

A. I spent the last two years planning a lot of projects, all of which were slated to open in the fall and next year. None of these are happening anymore, at least not for a while. I was charging headfirst into the world of live events and entertainment at a most inopportune time. So my plans have completely changed, and I’ll have to think of other ways to present those works. A silver lining in the COVID-19 cloud are the digital projects, including three albums and two podcasts, I created in the last few months before the pandemic. I'm currently trying to sell those to networks for distribution.

It's a true crisis for everyone in the industry. Mass numbers of strangers aren’t going to gather in close proximity anytime soon for something nonessential. Almost all of my friends are really hurting and out of work. Businesses are closing, and they're not going to come back easily—theater will probably be the last industry to be brought back. While it’s tough and disappointing that things will likely never return to normal, I am also excited to be on the ground floor, trying to reinvent the industry. I'm already working on new projects to pioneer the post-pandemic landscape.

Q. What will you miss most about Columbia?

A. At 22 years old, I've been in rooms with huge name actors, producers and directors I never thought I would meet. Being a student could have been a secondary thing, but it wasn't. I'm really going to miss being among students where my job is just to learn new information and make deeper connections with those around me every day.

Being in those libraries and sitting on the steps during sunset, absorbing the intellectual spirit in the air, questioning what is around me and having fellow curious minds I can engage at any given moment—I think those are the things I'm going to miss most.