Ask Alma's Owl: When Morningside Was the New Campus 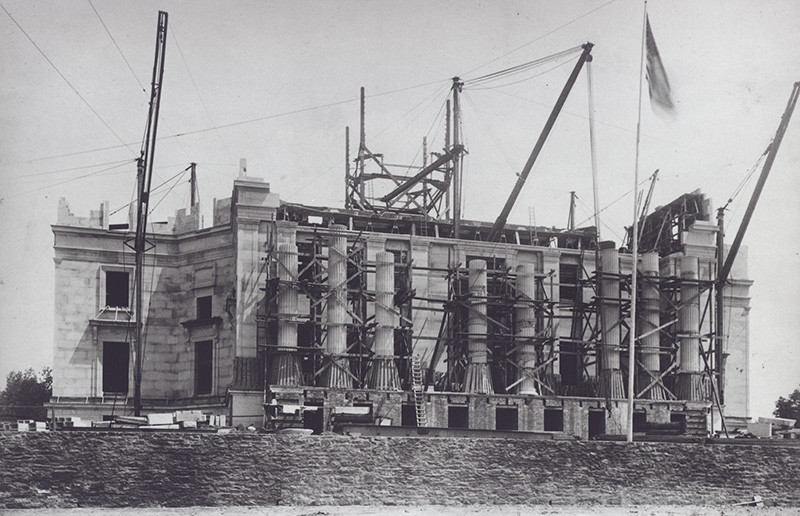 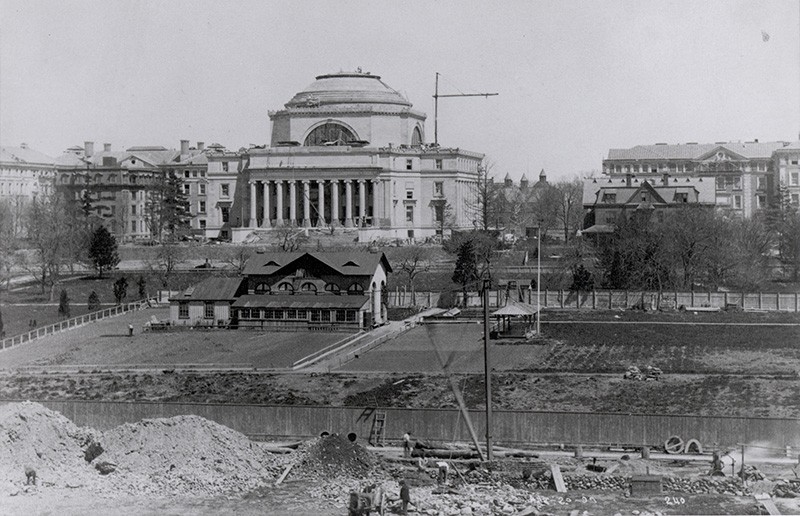 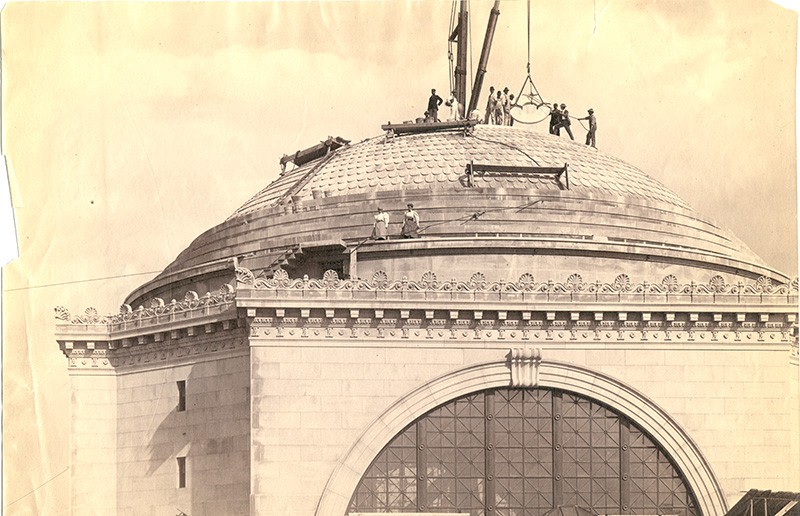 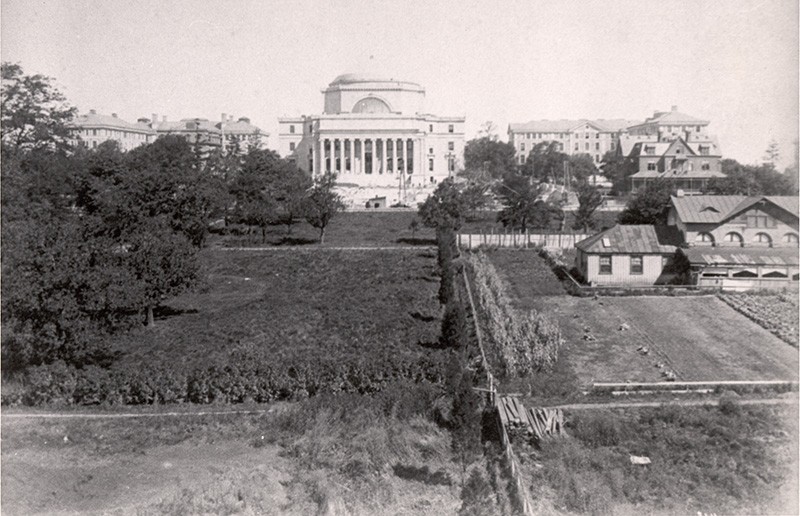 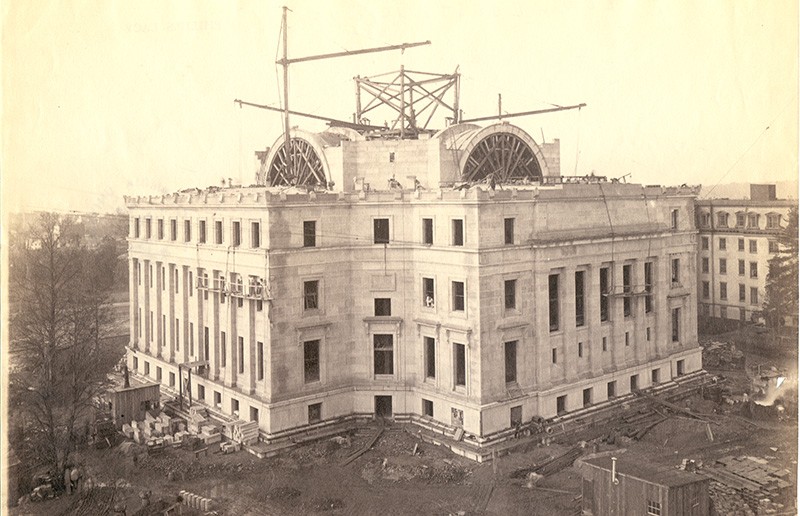 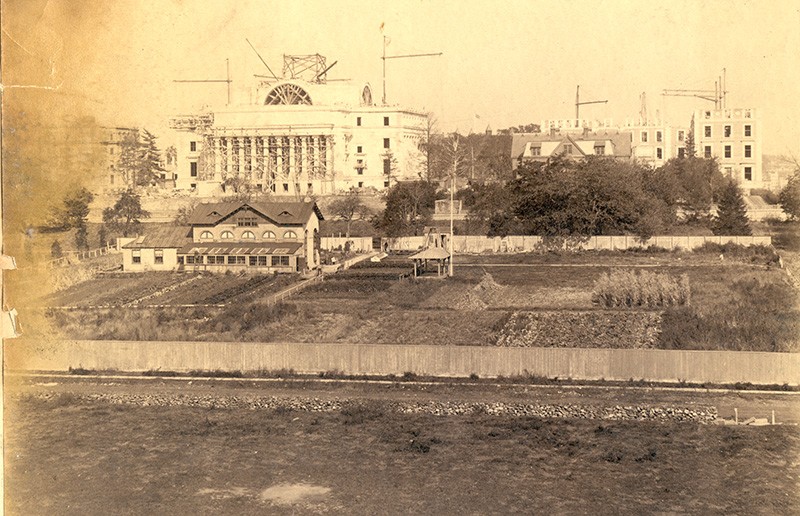 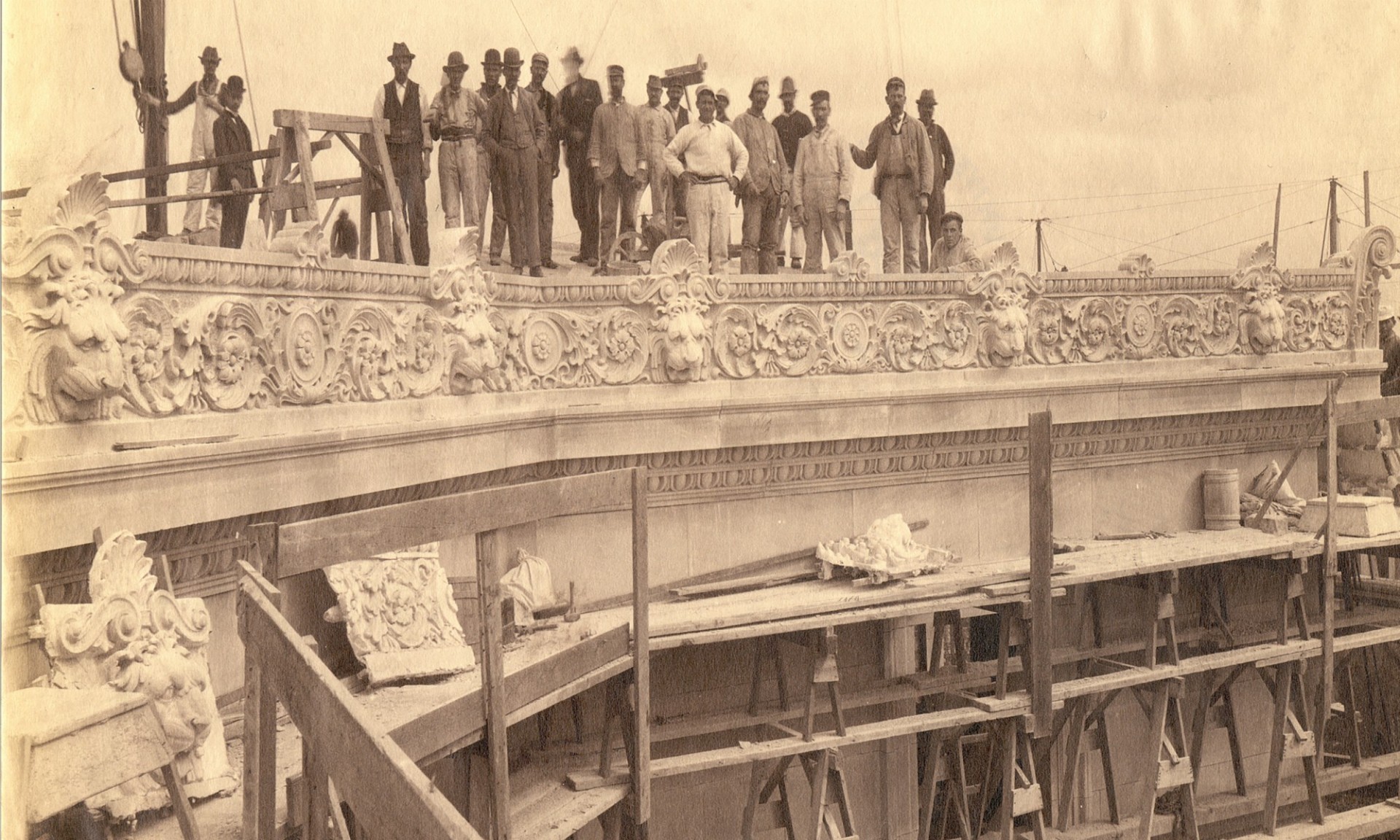 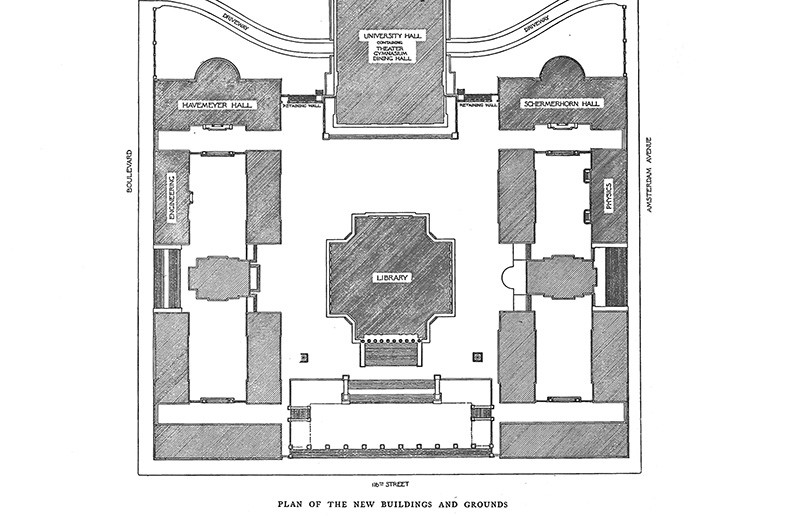 Columbia’s Manhattanville campus is coming to life this spring. How was the opening of the Morningside Heights campus celebrated?

Columbia was outgrowing its home on 49th Street in Manhattan when John B. Pine, secretary of the University’s Committee on Buildings and Grounds, told the committee in 1891 that the grounds of the Bloomingdale Asylum were for sale in what came to be called Morningside Heights. Columbia obtained the option to purchase two-thirds of the asylum site for $2 million and set about raising money to do so. An additional $4 million was sought for a master campus plan by McKim, Mead & White, whose design created a series of quadrangles.

Five years later, on May 2, 1896, the Morningside Heights campus was dedicated while still a construction site and classes did not commence until October 1897. Then, as now, the campus was built in phases and remained a work in progress as the University opened buildings and continued to build on the grounds.

Local dignitaries, alumni, faculty, administrators and members of the surrounding community attended the celebration. U.S. President Grover Cleveland even sent a congratulatory telegram. “It foretells of the increased importance and usefulness of the ancient and fondly cherished institution of learning whose new location is appropriately dedicated by her devoted sons and those who appreciate what she has so long and so well done for higher education,” he stated.

Ceremonies began at noon and featured the laying of the cornerstones of the Physics Building (now Fayerweather Hall) and Schermerhorn Hall. Speakers included J. Howard Van Amringe (CC 1860), dean of the College, who today is commemorated by a bust and memorial in the courtyard between Hamilton Hall and John Jay Hall; William C. Schermerhorn, chairman of the board of trustees, who also laid the cornerstone of his eponymous hall; and Abram Hewitt, a former mayor of New York City and congressman.

In his remarks, University President Seth Low (CC 1870) said that Columbia would once again look out upon the Hudson River as its pre-revolutionary incarnation, King’s College, had done in the prior century. The campus, he said, would now be “flanked to the east and west by parks and precipices.” Low himself had funded construction of the first building commissioned for the Morningside campus, Low Library, with a $1 million donation in memory of his father, Abiel.

Describing the links between Columbia and the wider community, a prescient Low said: “I count it a matter of no little moment that here, in its new home, Columbia cannot escape the observation of the city, nor can the city escape from it… The University may not be indifferent to what is going on in the great city of which it is a part, and neither can the city forget, as it looks toward this hill, that there is in its midst in this University, a life the great watchword of which is truth.”

Send your questions for Alma’s Owl to [email protected].

The Best Books to Buy for Recent Graduates

Behind the Scenes Photos: The Making of Columbia Commencement 2021